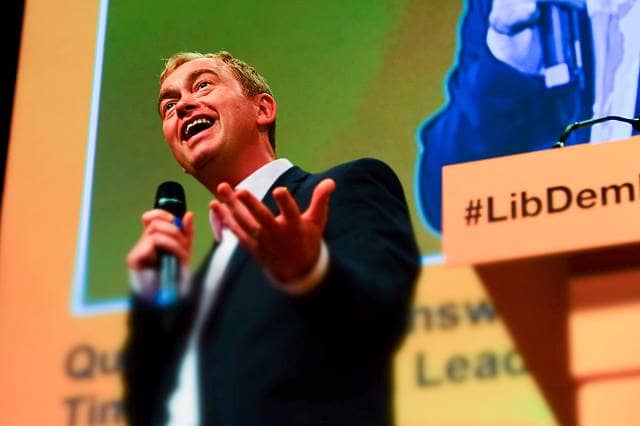 Liberal Democrat leader, Tim Farron is urging people to vote tactically to stop the landslide, as Farron has branded the Conservative Party as “hapless and heartless” as Theresa May is dodging questions and changing her position throughout the lead up to the election.

Farron said: “We are saying to people in areas where you know the Liberal Democrats are the main challengers, as we seek to minimise Theresa May’s majority, then backing the Liberal Democrats is a powerful way that you can send a message that she does not have a blank cheque to bring in the dementia tax, cut the police and do the damage that she is going to do to our health service.”

Farron added that the Conservatives are not to be trusted over Brexit negations.

He said: “They can’t even write a manifesto they can stand by, yet they want you to trust them with the biggest negotiations this country has ever done.”

“Have no doubt, Theresa May will get us a bad Brexit deal, and I mean dementia tax bad.”