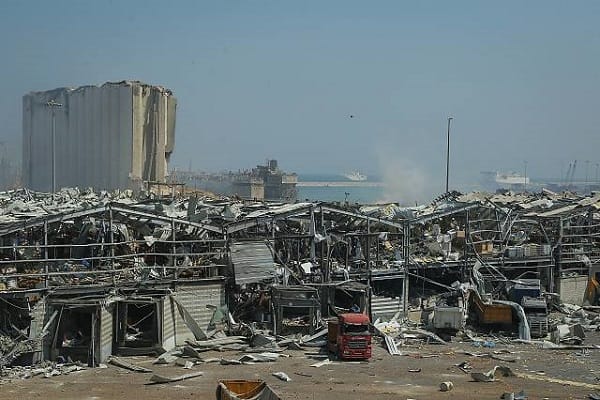 Following the explosion which ripped through Beirut on Tuesday the British government have offered a £5m aid package including medical and search an rescue experts.

Officials in Lebanon have said that at least 135 have now died and over 5,000 people have been injured with more than 300,000 people displaced.

A “full, thorough and rigorous” investigation has been promised into the enormous explosion, and the Lebanese government have placed a number of port officials under house arrest.

The investigation that is pending will probe how more than 2,750 tonnes of the highly explosive ammonium nitrate came to be stored at the port for almost seven years.

Foreign Secretary Dominic Raab spoke to Lebanon’s Prime Minister Hassan Diab to discuss how and what support the UK can provide.

Along with a £5m humanitarian aid package the UK will send experts and could potentially send a Royal Navy survey vessel to help assist Lebanese officials with a damage assessment in the port.

The British Foreign Secretary said, “We are not sure on the precise figures in relation to UK nationals there, we will obviously want to bottom out that in the days ahead.

“Obviously we have a consular team there which are monitoring that very carefully.”