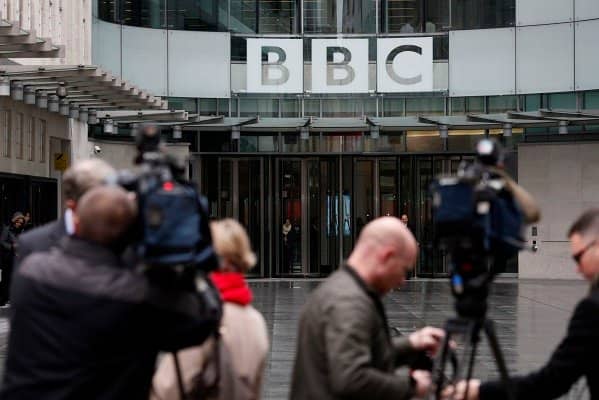 The Culture Secretary Nadine Dorries has issued a two-year BBC licence fee freeze and the fee will now be kept at £159 until 2024.

The BBC has estimated that with inflation they will have to find savings of more than £2bn to fund the freeze over the next six years.

The controversial fee of negotiations between the government and the BBC has come to an end.

Sharing the changes on Twitter, Ms Dorries said, “This licence fee announcement will be the last.

“The days of the elderly being threatened with prison sentences and bailiffs knocking on doors, are over.

Responding to the tweet, former England rugby union player Brian Moore said, “Typical of her to conflate the consequences of not paying a fine, with the licence fee.

“They apply to all judgement debts.”

Moore added, “My final comment on Dorries’ BBC announcement – if, as everyone says, it is funded by the licence fee, it should be for licence fee payers to decide its future – not the party who happen to be in government.”

There has been a lot of tension between the government and the BBC over their alleged Left-wing bias.

Senior government Ministers have hit out at the BBC for their coverage of recent Downing Street parties earlier this week.

One insider said it, “feels like the BBC isn’t going to stop until [Johnson] is gone.”

Northern Ireland Secretary Brandon Lewis on BBC Radio 4, Conservative Richard Holden said, “When a BBC interviewer interrupts 32 times in ten minutes, with questions up to 30 seconds long, people will rightly ask: is this an interview, or a diatribe of BBC bias, with a Cabinet Minister being invited in as a human piñata?”, the Daily Mail reported.

One of Dorries’ allies told the Mail on Sunday the recent negotiations will be the “last.”

They said, “There will be a lot of anguished noises about how it will hit popular programmes, but they can learn to cut waste like any other business.

“This will be the last BBC licence fee negotiation ever. Work will start next week on a mid-term review to replace the Charter with a new funding formula.

“It’s over for the BBC as they know it.”

They added, “Nadine wants to continue to produce high-quality British television – she doesn’t want it all to come from America – but the days of state-run TV are over.

“It is not yet clear whether the future will be shared ownership or subscription, but there will be no more licence fee renewals as long as Boris is PM.

“The new generation of 19- to 34-year-olds are watching YouTube, Netflix and videos on demand – they don’t watch the BBC, and shouldn’t be forced to pay for it.

“Nor should hard-working households or pensioners.”

A BBC source warned the Mail that the cuts will put “unacceptable pressure” on the BBC’s finances.

They said, “There has been similar speculation before.

“There are very good reasons for investing in what the BBC can do for the British public and the creative industries and the UK around the world.

“Anything less than inflation would put unacceptable pressure on the BBC finances after years of cuts.”