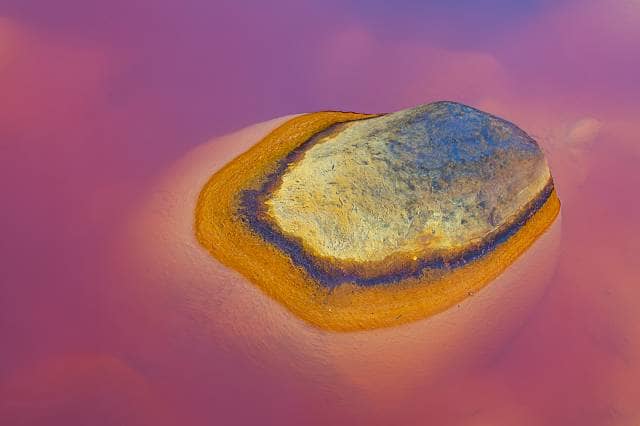 Rio Tinto will back two positive climate proposals at its AGM on 9 April.

A poll of 1,077 respondents carried out by interactive investor, the UK’s second largest direct to consumer investment platform, shows retail investor support for Rio Tinto’s positive climate change proposals and believe that more Chairs and CEOs should be held to account from an Environmental, Social and Governance (ESG) perspective. The poll was conducted between 29-30 March 2021 amongst visitor’s to ii’s website.

More than seven in 10 (72.2%) of those polled said that they would support Rio Tinto’s positive climate change proposals, which include introducing ESG measures into the short-term incentive plan (STIP) relating to climate change initiatives, diversity and inclusion and governance of the firm’s cultural heritage management. Another proposal is to suspend membership of organisations that lobby against climate action.

However, 19% of respondents believed there was no point in voting, believing the motions would be passed anyway, and 9% said they would vote against.

More broadly, a similar amount (71.5%) of those polled believe that Chairpersons and CEOs should be held to account from an ESG perspective, demonstrating the strength of feeling around management teams taking responsibility for such issues.

ESG is clearly a subject close to retail investors’ hearts, as 63.9% of respondents wanted to get more involved in decision-making and felt that shareholders should be asked to vote not just on ESG policy and targets, but on key company developments with a significant ESG impact.

Richard Wilson, CEO of interactive investor, said: “It’s clear that retail investors want to get more involved on the issues that matter to them and the platform industry should be doing more to make this happen. It is only through strength in numbers that retail investor voices are heard.

“Today, too few are making use of their votes, and the investment platform industry needs to do a much better job of highlighting the influence that all shareholders can collectively wield. If more private investors voted, the power of their voice would be heard cloud and clear. At interactive investor, only a quarter of our customers have switched on the free voting service, and of them; only 8% of our customers actually voted in 2020.”

Lee Wild, Head of Equity Strategy, interactive investor, says: “It is good to see such a significant number of investors supporting ethical issues, and climate change specifically. Rio Tinto, and Unilever at its AGM next month, are proactively encouraging votes on this hot topic. But many aren’t, and shareholders, both retail investors and the big institutions, have much more to do if other influential businesses are to follow Rio and Unilever’s example. That many City investors chose to sit out the recent Deliveroo IPO because of ESG concerns is hopefully a sign that times are changing.”