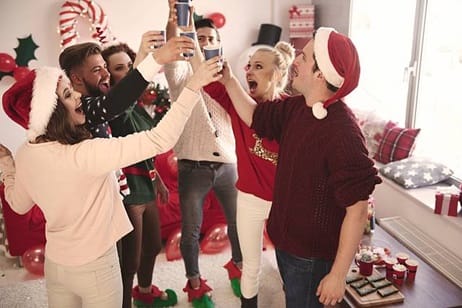 A leading health expert has warned that if we meet with family and friends for Christmas, we run the risk of “burying” them in the New Year.

Speaking to Good Morning Britain Professor Gabriel Scally said, “People are talking about needing 25 days of tight restrictions to make up for the five days of jollity over Christmas and it’s not just the 25 days, that doesn’t matter that much compared to the virus spreading and people getting infected.

“There is no point having a very merry Christmas and then burying friends and relations in January and February.

“We need to think very seriously about Christmas and how we’re going to spend it. It’s too dangerous a time and an opportunity for the virus to spread.”

Following unconfirmed reports that the government are considering relaxing measures so families can have five days together for Christmas, Professor Scally, said we have had “nine months of sacrifices to throw it away at Christmas.

According to The Sun newspaper, Ministers are considering allowing families to socialise indoors for five days, from Christmas Eve.

Professor Andrew Hayward who is a member of the government’s scientific advisory body SAGE slammed the government over their constant and “inconsistent” messaging to the public.

The Professor of infectious disease epidemiology at the University College London (UCL) told BBC Radio 4’s Today programme, “Mixing at Christmas does pose substantial risks, particularly in terms of bringing together generations with high incidence of infection with the older generations who currently have much lower levels of infection and are at most risk of dying if they catch Covid.

“My personal view is we’re putting far too much emphasis on having a near-normal Christmas.

“We know respiratory infections peak in January so throwing fuel on the fire over Christmas can only contribute to this.”

He said that the country is literally on the “cusp” of being able to protect grandparents with a vaccine.

For the sake of just five days with family, it would be “tragic” to throw away all the gains made over the last nine months just for a few days.

On Wednesday a Downing Street spokesman said, “We are looking at ending national restrictions on December 2 and moving to a tier system.

“There will be separate rules for Christmas, but no decision has been taken about those yet.”