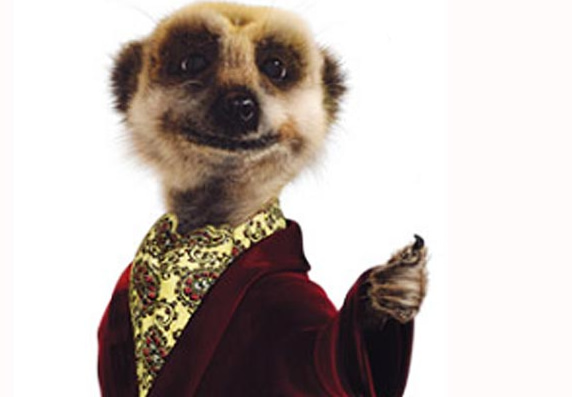 Gutted about the loss of Orange Wednesdays? Meerkat Movies has saved the day

We were among those rather dismayed to learn of the loss of Orange Wednesdays, the sponsorship deal that let Orange customers get two-for-one cinema tickets on – well, you can guess which day.

So we’re delighted to discover that Comparethemarket has stepped in the save the cinematic day.

The insurance comparison company will launch Meerkat Movies on 7 April.

And in an extra-pleasing turn of events, you’ll be able to get your two-for-one tickets on either a Wednesday or a Tuesday.

Meerkat Movies will operate via an app and is launched in partnership with Cinema First.

You’ll have to use Comparethemarket.com to be entitled to get the tickets, which is fair enough, really, and will doubtless see a surge in traffic for the website.

Those canny old marketers at Comparethemarket, eh? First they changed the insurance advertising game with adorable meerkats, and now this. We tip our hats to them.

The Meerkat Movies deal is set to last for a year, and presumably the company will decide whether to extend it beyond that once they can track whether they’re getting a decent return on what must be a pretty meaty investment.

Orange Wednesdays had been running since 2003 and ended earlier this year.

10 reasons the Budget was a real letdown

10 reasons the Budget was good for business

Budget 2015: The key measures for businesses and entrepreneurs