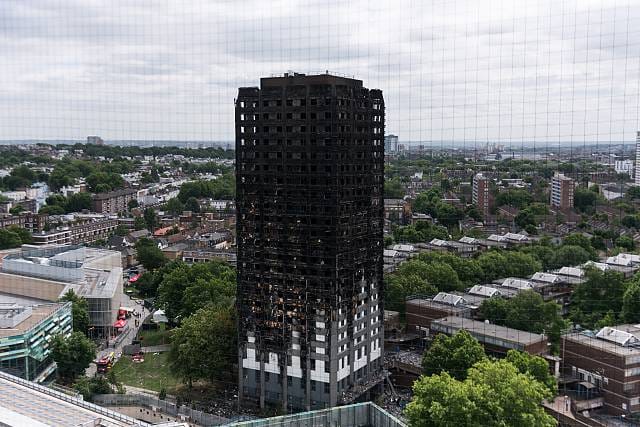 Grenfell inferno: Kensington and Chelsea leader Nick Pagent-Brown is to step down

Nicholas Pagent-Brown has annouced Friday afternoon after mass criticism over his handling of Thursday’s meeting at Kensington Council, that he is to step down.

Pagent-Brown had faced severe criticism with calls to resign from Labour councillor, Robert Atkinson and also the London mayor Sadiq Khan along with other senior politicians.

Khan branded Thursday evening as “madness” and said: “You have a situation where that community have a deep level of mistrust of the local council, of national government, and if I’m being frank, people in positions of power and influence.

“For the council, at the first opportunity they had to provide some answers and to be transparent, to ban local residents and to ban journalist’s beggars belief.”

Paget-Brown said Friday evening that: “Grenfell Tower has possibly been the worst day London has seen since the end of the Second World War.

“Nobody will ever forget what they saw that day and the horror that ensued for people trapped inside.

“Many questions about what caused the fire and and why it spread so quickly will need to be answered by the public inquiry.

“The scale of this meant one borough alone would never have sufficient resources to respond to all the needs of survivors on its own.

“We have been very lucky to have support of other London boroughs and emergency services.

“This council has also been criticised for failing to answer all the questions that people have. That is possibly a matter for the public inequity.

“As council leader I have to accept my share of responsibility.”

He added: “I will step down as leader as soon as a successor is in place.”At least 80 people have died or are missing, presumed dead, following the fire.

The chief executive of Kensington and Chelsea Tenant Management Organisation (KCTMO), Rober Black also resigned on Friday, as he wants to “concentrate on assisting with the investigation and inquiry.”

Thursday’s shambolic and chaotic meeting was rebuked today by Downing Street, as a spokesperson said: “Access to democratic process should be always easy and that is vital to maintain confidence in the democratic system.

This story is constantly being updated…