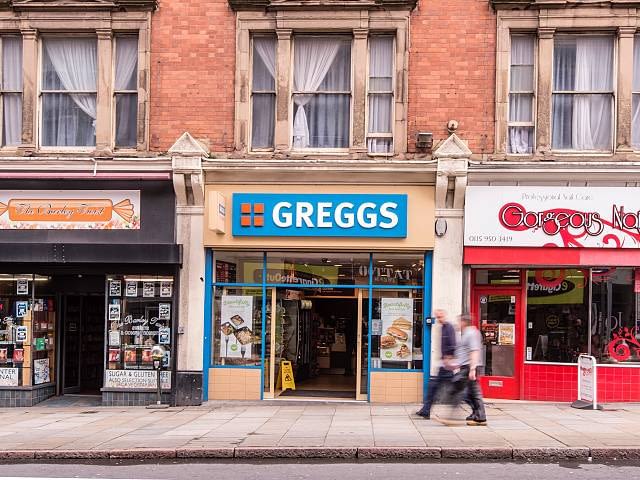 Greggs bounces back as people trickle back to the office

If Next’s recent trading statement didn’t put a smile on the retail sector, then Greggs’ certainly will.

The reopening of non-essential retail has got people out of the house and Greggs has benefited from increased traffic and temporarily reduced competition from cafes and restaurants.

A greater number of people returning to the office will also have helped, as workers nip out at lunchtime for a sandwich and a coffee.

“Greggs’ progress pre-pandemic made it one of the big retail success stories, shedding its baker identity to become a major force in food on the go. As the pandemic struck, food on the go became food at home and so Greggs had to think on its feet,” said AJ Bell’s Russ Mould.

“A home delivery service proved popular and non-public transport locations such as retail parks were resilient, albeit the overall group earnings still fell in 2020 as getting large numbers of people into high street and railway-based stores was always going to be struggle when the Government was telling everyone to stay home where possible.

“Now it is betting on a big recovery in pre-pandemic activity once considered ‘normal’, namely going to work in an office, meeting friends and family for social activities, and more movement via personal and public transport around the country. Its stores are conveniently placed to attract people as they go about their day.

“Many people think we’re going to see structural change in where work is done, however we are still creatures of habit and it wouldn’t be surprising to see queues return to Greggs’ stores for bacon baguettes, sausage rolls and steak bakes slowly build up as more Government restrictions are lifted and companies lay down their long-term working strategies. Even with some people working full time from home, the nation isn’t going to hide away like it did in 2020.”