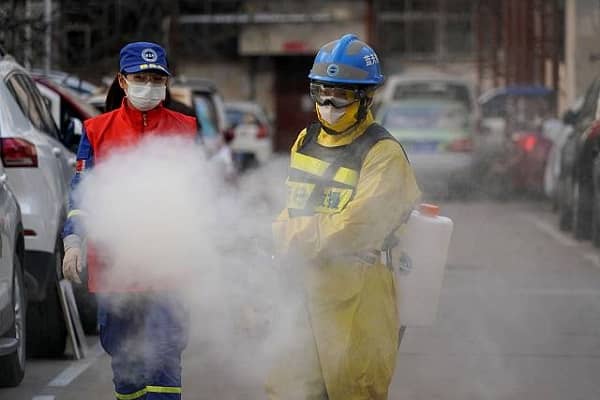 The corona virus outbreak is likely to spark a bear run in equities that will knock up to 20% off their value, according to Managing Partners Group (MPG), the international asset management group.

The virus can be expected to inflict significantly more casualties now that it has started to spread in Italy, which is part of the Schengen Area and the control of movement of people within the EU cannot be as draconian as the stance that was taken in China to control the Wuhan outbreak, says Jeremy Leach, Chief Executive Officer of MPG.

“Equities have been overpriced for some time and the financial markets have been waiting for an event like this that will drive an overdue correction,” Jeremy Leach said. “Europe is not capable of restricting the spread of the virus like China and now northern Europe and the US will be vulnerable.

“Whilst the potential mortality rates for the virus appear to be quite low, this crisis is going to get worse before it gets better. The impact on the Chinese economy has already been severe and if the virus continues to spread in Europe then the global economy will suffer in the same way. Equities will continue to slide for six weeks or more until the cold weather breaks and drops of 20% or more are realistic with bear runs.”

MPG’s Vita Nova Hedge Fund was divested almost entirely out of equities last year, when MPG anticipated that a major event-driven correction was on the horizon. It is still positioned defensively in the expectation of such an event.

MPG’s award-winning High Protection Fund has also benefited from its exposure to US life settlements, which have already seen pricing increases of around 15% over the last six months and are poised for further rises as demand continues to increase. Life settlements, which are US-issued whole of life insurance policies sold at discounts before maturity by their holders, have been increasingly seen as a defensive asset class by investors.

Life settlements currently trade at values that deliver an average IRR of 14%, which is well in excess of the risk-free rate, delivering attractive returns to investors. Further reductions in IRRs will increase the market value of Life settlements so there is an ‘alpha’ appeal for the asset class also.

The reason for their continued increase in popularity is that they are perceived to deliver an absolute return and therefore portray much less volatility than other asset classes. After 100 years of continued improvement in mortality, the average death rate for elderly people appears to have plateaued and people a no longer living any longer than previously.

Unlike other asset classes, which are likely to see pricing pressure as a result of the spread of corona virus in North America, Life settlements funds are more likely to see spikes in their returns rather than drawdowns.

Research commissioned by MPG1 and published last October found that nearly seven out of 10 (68%) institutional investors expected a significant correction of at least 10% on global stockmarkets by August 2020. This included 16% who expected a correction to happen by February 2020.

The Vita Nova Hedge Fund aims to achieve long-term capital growth by identifying short- to medium- term investment opportunities with inherent pricing weaknesses and the potential to improve over time. The investment management team may rely on economic forecasts and analysis in respect of interest rate trends, macroeconomic developments, global imbalances, business cycles and other broad systemic factors that may lead to arbitrage and alpha opportunities.