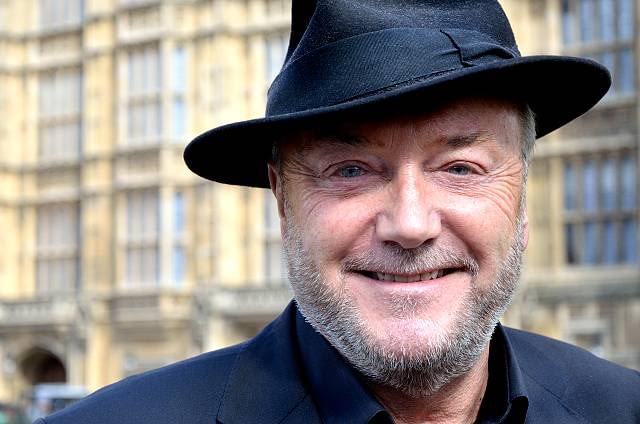 The former MP George Galloway has refused to apologise over the alleged anti-Semitic tweet that saw talkRADIO sack him on Monday.

He told Good Morning Britain when asked to apologise, “I love Jews. I don’t like Israel.”

He also claimed that he had not been paid by talkRADIO “for more than two months” and he added, “There’s more to this than you know.”

TalkRADIO said in a statement, “TalkRadio has terminated George Galloway’s weekly show with immediate effect. As a fair and balanced news provider, TalkRadio does not tolerate anti-Semitic views.”

Yesterday Galloway said he will see hid former employer in court after the sacking.

She added, “We also applaud TalkRadio for taking this poisonous and divisive figure off air.

“His attempt to bring hatred into a wonderful occasion for English football has attracted the derision it deserves.

Galloway told Good Morning Britain on the rise of anti-Semitic attacks, “Don’t talk to me about attacks. I’ll show you my scars.”

Galloway celebrated the defeat of Tottenham in the champions league as it prevented “Israeli flags on the cup.”

Lord Sugar, the former chairman of Tottenham, speaking from his home, criticised Galloway’s tweet, and told Good Morning Britain, “What has Israel got to do with a Champions League game?”

Galloway said it was “like being lectured by the Hunchback of Notre-Dame, Lord Sugar sitting there in his expansive drawing room.”

Why mentoring does more for your business than you think

Lord Sugar pays tribute to brother who died of coronavirus

Lord Sugar is UK’s most searched for director