CLICK HERE TO WATCH THE FULL VIDEO
Home PeopleEntrepreneurs Forged by chaos: How this technology firm overcame the challenges of the pandemic 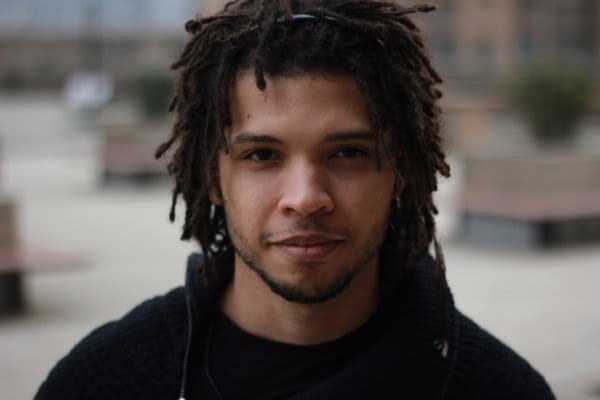 Forged by chaos: How this technology firm overcame the challenges of the pandemic

There are people who are destroyed by chaos, and then there are those who are forged by it.

One such entrepreneur is the living example of how to turn a bad situation into a launchpad for success. Though, it’s not even so much what Mike Norton and his crew did to flourish during the pandemic lockdowns; it’s the psychology of self-mastery driving how they’ve done it.

Like many startups, Wolven Industries began as a vague dream. Its repertoire of could-be “products” involved fantasies of body armor, jetpacks, and other cool things that most nine-year-olds drool over. They were the fruits of a small boy’s imagination, within which Mike escaped to flee from the chaos of his family’s dysfunction.

Wolven Industries may have started as a pipe dream worthy of coffee conversation, but no one foresaw just how far Mike Norton would go, or how much he would grow, to eventually making the company a reality.

The tragic origins of Mike Norton

Written in his memoir, Fighting For Redemption, Mike details gruesome scenes of being locked in a closet, physically beaten, and starved to the point of hospitalization while living in a single-parent home. These events permanently scarred him psychologically, sending him on a journey of mastering chronic inner pain that outwardly manifests as eccentricity.

Despite the statistical likelihoods of a different, more harrowing life outcome, Mike eventually joined the military. He served two deployments to the Middle East, but he could not escape the long-term psychophysiological damage inflicted upon him during his youth.

Struggling to find his footing with his band of brothers, Mike suffered from depression, childhood-originating post-traumatic stress disorder, and identity dysphoria. Meanwhile, he kept the habit of retreating into his imagination during moments of acute pain and vulnerability.

Mike believes that the military strengthened him, overall. However, it was a long journey to develop the social skills necessary to functionally interact with the people around him.

And that’s when he began writing his memoir. Instead of keeping his imagination in his head, he put it on paper, along with that which made his pain clear and present to begin the process of healing.

Narrowly earning an honorable discharge from the military but unable to return to his family of origin, Mike eventually found himself as a homeless veteran. He relied on his GI Bill benefits to put him through Burlington County College while living under the RT. 42 bridge.

With nothing but time to focus, he became the top Chinese speaker in his chosen language class, and earned a job teaching English in China.

While in China, Mike started a small marketing company called OMI Firm. Working around the clock between grading papers for Chinese students and winning contracts with American and European small businesses, Mike Norton saved up a small fortune.

To accomplish this, he needed to keep his cost of living low. He did so by living in the nearby mountains, making friends with local villagers who taught him what the American military didn’t about how to survive in that particular terrain.

When school was in, he’d live in a tiny studio apartment in the city of Xi’an. When school was out, he’d return to the new life he’d made for himself in the alpines above the clouds.

Mike spent a total of four years living  between the city and the Shaanxi mountains. While there, he obsessively wrote memoir entries to face his psychological traumas and master his imagination. Occasionally, a passerby took pictures and videos of him. Some of which he shared on his public Facebook page.

Having attained a certain level of self-mastery in the Chinese mountains through continual self-reflection, Mike faced an almost forgotten part of his childhood: Wolven Industries.

Encouraged by the woman who eventually became his wife, Mike applied to the University of York for an honor’s degree in physics. With an understanding of physics and marketing, he could make the startup a reality.

He was accepted, and subsequently traveled to Europe.

…when the COVID-19 pandemic struck.

Businesses everywhere were shutting down…except for Mike Norton’s. As a marketing strategist, he adapted to the unique market demand of helping to keep businesses afloat.

During lockdowns, most people were new to working remotely. Mike, however, was already well ahead of the curve. He used his time in lockdown to build a fully functional physics and engineering firm in his house while building his team of physicists and engineers with the use of freelancing and educational websites.

He made use of the time to earn three pending patents. One of them being a new forge innovation for melting metal with extremely low electrical current. The other being the company’s flagship product: a new kind of handheld UV device that destroys viruses and bacteria with the use of in-built aluminum mirrors.

He earned a DUNS number with his military experience to take government contracts.

And he interpreted the pandemic as an opportunity to craft the mission of the company, steering the entire brand in the direction of protecting the families of his civilization.

What can you learn from his story about turning pain and chaos into strength and character?

57% of entrepreneurs willing to risk their personal finances in...

The power of mindset for business success

A new generation of aspiring entrepreneurs are ready...