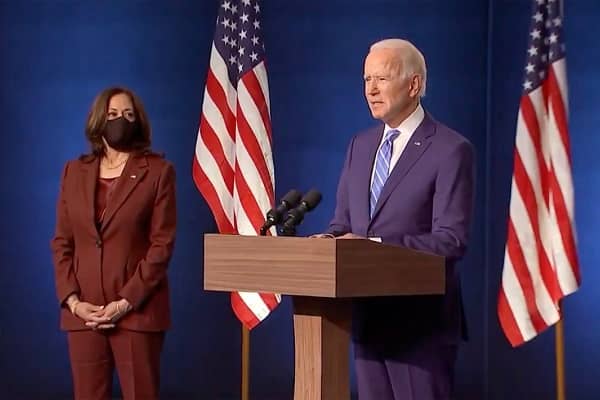 America’s global counterterrorism presence is likely to continue if the incoming Joe Biden Administration can find a way to manage expectations of bringing an end to ‘endless wars’ overseas, says a new report from LSE IDEAS, The London School of Economics’ foreign policy think tank.

Authored by Jonny Hall, a researcher in International Relations at LSE, the report examines U.S. counterterrorism policies during the Donald Trump Administration, and suggests that, once in office, President Biden will have to find a politically feasible way to maintain a relatively small number of American troops in certain countries.

The report comes after both Trump and now Biden have, at some point or another, promised to end the so-called ‘endless’ or ‘forever’ wars launched in 2001. According to the report, despite recent claims from Trump that the U.S. was ‘out of almost every place’ and evidence of some withdrawal efforts from the outgoing President’s Administration, the idea that the President has brought an end to ‘endless wars’ is untrue.

The report notes that 750 U.S. troops are still stationed in Syria – a larger number than the President initially inherited from President Obama – with troop numbers also increasing in Kenya. Similarly, within the report, Hall suggests that while U.S. troop numbers in Afghanistan, Iraq, and Somalia are declining, this will have little impact on America’s ability to employ force in these countries.

Consequently, the report finds that counterterrorism campaigns are likely to continue as part of a narrowly focused light-footprint approach under a Biden Administration, should this issue be managed effectively.

Jonny Hall, a researcher in International Relations at The London School of Economics said, “Given how the issue of troop numbers—and debates about counterterrorism campaigns more broadly—was often sparked into life by Trump’s impulsive personal decisions, a more coherent policy making process would go most of the way to avoiding these conflicts becoming a primary political issue. Because of the nature of these campaigns, there is simply not a significant degree of political attention to U.S. overseas counterterrorism policies unless the executive branch draws attention to them.”