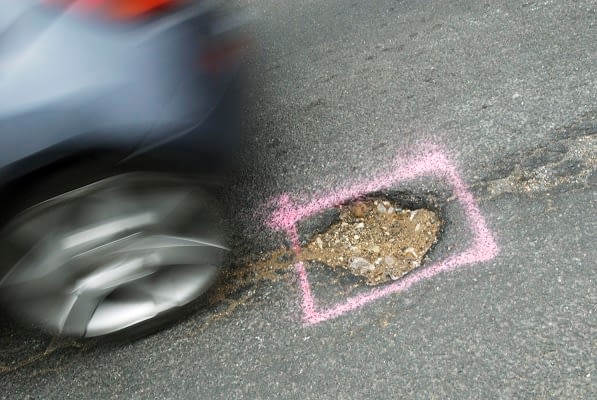 Drivers in the UK are concerned that councils aren’t doing enough to keep them safe during the winter months, new research from heycar has revealed.

More than half (57%) of Brits said roads could be better maintained with two out of five (42%) saying standards have declined over the past five years.

Many said they had taken maintaining roads into their own hands, with over one-quarter (27%) saying they had gritted their road because the council hadn’t done it.

The same percentage of people (27%) said neighbours had gritted roads, while 9% said their family members had.

The survey of 1,500 drivers* is part of a comprehensive study from heycar to investigate the safety of road users over the winter months.

Further analysis carried out by heycar also revealed Kent roads to be the nation’s most dangerous at this time of year.

Through analysis of Department For Transport data** heycar discovered that Kent was the worst local authority for accidents in wintry conditions over the past five years, with 400 reported road casualties.

Lincolnshire takes second place with 333, with Lancashire third with 320.

There were 299 casualties in Surrey, with 241 in Hampshire and 222 in North Yorkshire. Norfolk, Cumbria, Nottinghamshire and Devon round out the top ten.

The figures were derived from the most recent Reported Road Casualties In Great Britain report, which is compiled from road traffic accidents in which at least one person was injured and which were reported to the police.

The findings come as the Local Government Association warned that gritters could be the next service to be affected by the current lorry driver shortage – leading to fears that many of Britain’s roads could become covered in dangerous levels of snow and ice.

To help drivers keep safe in these potentially treacherous conditions, heycar have launched a winter driving hub – which offers practical guides and advice on how to cope with the conditions.

heycar senior editor, Dan Powell, said: “Our research has found that many people are concerned about the lack of maintenance carried out by local councils on roads in the winter.

“Driving in these dark, wet and icy months is a challenge for the most experienced of road users, but if we factor in the very serious risk of roads going un-gritted, then that makes an already difficult situation even more grave.

“And with Kent taking the top spot we would urge all drivers there to take extra care on its highways.

“With the launch of our winter weather hub we’re providing a rich resource for drivers to ensure they have all the professional advice they require to stay safe over the coming months.”

Further analysis of the data allowed heycar to also discern the most dangerous regions in Britain for driving in wintry conditions.

It sees the South East of England take the top spot with 1,623 casualties over the past five years. The East Midlands takes second place with 1,016 while Yorkshire is third with 973.

The North West, East of England and Scotland saw 960, 947 and 940 incidents respectively, while Wales recorded the least with 264.