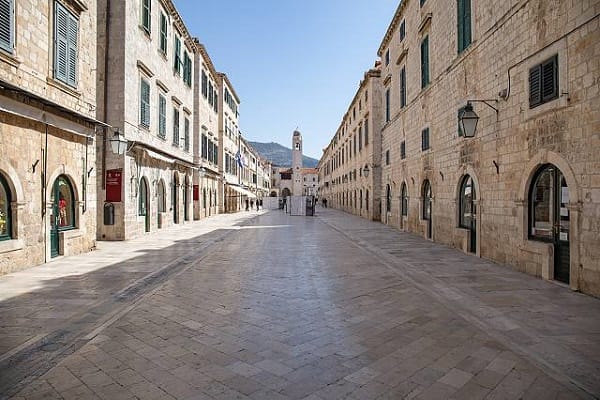 Croatia has been hit with a huge 5.3 magnitude earthquake causing widespread damage across the capital, Zagreb.

The earthquake was felt across five European countries causing wide-spread damage in Zagreb leaving at least one person dead.

The earthquake struck just as the country was to enforce a series of major measures to tackle the coronavirus pandemic.

“Now everyone’s outside grouped in front of their buildings. This won’t help.”

The internet and electricity have also been cut off after the earthquake.

European Council President Charles Michel tweeted, “My thoughts are with the people of #Croatia following the devastating #earthquake this morning.”

A witness said, “It felt like a train was coming through my apartment, in all my time in the city I have never felt anything like that before.”

Croatia has 206 confirmed cases with one person dead from coronavirus.

The confirmed number of people in the UK that have died in 24 hours from coronavirus has risen by 53 to a total of 233 on Saturday.

The NHS has struck a deal with private hospitals who have almost 20,000 qualified staff, 8,000 hospitals and 1,200 ventilators.