CLICK HERE TO WATCH THE FULL VIDEO
Home Business News Coronavirus takes a grip on London as cases rise above 6,200 in a week 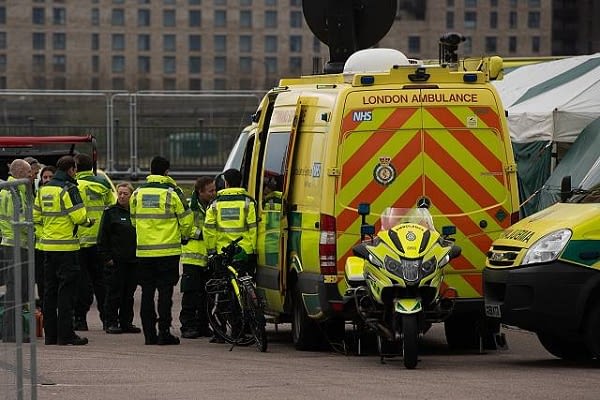 Coronavirus takes a grip on London as cases rise above 6,200 in a week

Official figures revealed on Thursday, show that London has had 6,273 cases in the seven days to 4 October, as coronavirus has taken a grip across the capital.

Coronavirus rates have now risen above the governments threshold, which means under the Prime Minister three tier plans, households across the capital could be banned from mixing.

Peter John, chairman of London Councils said that the rise is as a result of more testing across the capital, and does not “need to follow” the north.

John said, “London does not need to inevitably follow the North West and the North East in terms of infection rates and increased restrictions. But we can only avoid that if everyone follows the rules. If we do that, London has a fighting chance of emerging from this awful pandemic much sooner than we think.

However, a senior government scientific advisor has warned on Thursday that England needs an immediate “circuit breaker” lockdown, which will avoid many deaths and hospital admissions.

Professor John Edmunds who is a member of SAGE which advises the Cabinet warned, “I would rather we did it right now, and we took the pain right now.”

But, Professor Helen Stokes-Lampard, chairwoman of the Academy of Medical Royal Colleges warned that the rise in infections across London is “worrying.”

She said, “The figures for the number of cases in London are worrying. If the trend continues it’s just weeks away from being the same as what we are currently seeing in the North. That would be hugely damaging for the UK as a whole given that it’s such an economic powerhouse.”

Mayor of London Sadiq Khan said, “With further restrictions increasingly likely, it is even more urgent that the government come forward with a new package of emergency financial support for businesses and employees.

“Many of our hospitality venues and other businesses simply won’t be able to survive further restrictions without immediate financial help.”

Richard Burge, Chief Executive of London Chamber of Commerce and Industry said, “As Covid-19 cases increase, it is clear that Test and Trace performance is getting worse and is the reason we are once again talking about greater restrictions.  The Government needs to get a grip of the system urgently.

“There are rumours leaking from government about the tightening of restrictions and to which sectors and geographic areas they will apply.  What London businesses ask of government is that any measures that are necessary are implemented in a manner that truly tackles transmission and are based on clear evidence that we can all see.

“Citing ‘common sense’ is not sufficient. Government must produce impact assessments of those restrictions alongside clear announcements of the financial support to be made to mitigate the effects on jobs, businesses and the high street.  Government must explain how its decisions reduce transmission and not simply steps that produce converse reactions in the public.

“For instance, the 10pm curfew in London has resulted in the public leaving venues all at one time and crowding onto public transport.”