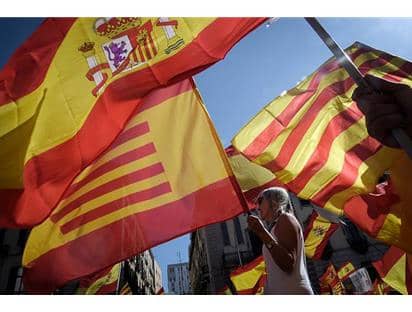 Just days after they sacked Carles Puigdemont as the regional leader and suspended Catalan autonomy, Spanish authorities are reportedly facing a crucial test of their authority over Catalonia after the regional government came under the direct control of Madrid for the first time in 40 years.

This was triggered after Puigdemont declared independence last Friday, but the Spanish government got them fired under a special constitutional provision and called for fresh regional elections on December 21.

Spanish prosecutors have now filed a lawsuit in Madrid seeking rebellion, sedition and embezzlement charges against Puigdemont and others who were dismissed by the Spain’s central government.

Belgium’s state broadcaster has reported that Puigdemont would meet lawyers in Brussels and is believed to have been offered an an asylum by the Belgian capital.

The Madrid government had reportedly warned members of the Catalonian cabinet that they could remove belongings from their offices but if they tried to perform official duties, they would face rebellion and sedition charges.

Spain’s chief prosecutor has also called for charges including rebellion, which carries a 30-year jail term, to be brought against Catalan leaders.