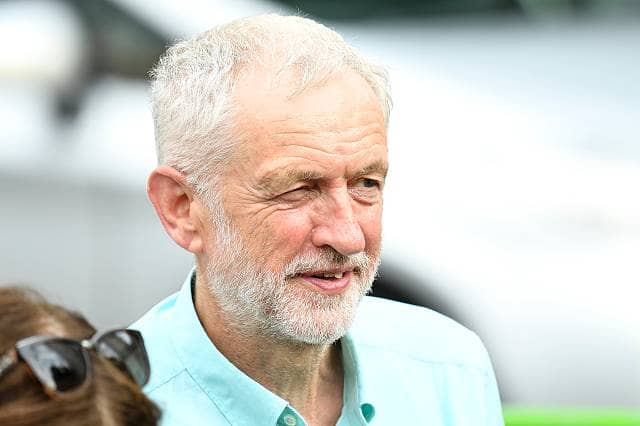 In the wake of more retail news distress today (John Lewis axes third of top jobs in restructuring) recent pledges by Labour to overhaul the UK’s “broken” business rates regime if it comes to power, sound good in theory, but will do little to halt the crisis on the high street, says John Webber, Head of Business Rates at Colliers International, who labels the proposals as “woolly and barking up the wrong tree.”

Labour policies seem to be centred on three main proposals- reforming the business rates system to the benefit of smaller businesses; introducing a land tax so that owners rather than occupiers carry the burden of the £26 billion bill and annual revaluations, so that rates bills are a more accurate reflection of the state of the economy. Colliers supports only 1 of the 3 proposals:

Labour MP Rachel Reeves, chairman of the Parliamentary business select committee, has said she sees business rates reform as the tool to heal hurting small businesses. Speaking to the Federation of Small Businesses she said, “Business rates reform need to be looked at in the round, rather than just benefiting large businesses”- a comment Webber feels to be naïve.

He points out that many small businesses already receive business rates relief- in fact we have business rates deserts in some parts of the country and it is the bigger businesses, such as the retail chains that carry the main burden of the tax and are the ones suffering the most during the current retail crisis. They also are the ones cutting jobs. The retail sector employed 57,000 less people in the 3 months to the end of August compared to the same time the previous year.

Webber said, “It’s the Debenhams, the House of Fraser, the M&S’s that are either on the CVA list or closing stores and cutting the jobs.

“and none of these come in the small business bracket. It’s disappointing that the Labour party has not clocked this in deciding where reform is needed.”

Labour’s other proposals for business rates reform- outlined in June in its “Land for the Many”, a blue print for property reform, is also branded naïve by Webber. Similar to the Liberal Democrats, Labour has suggested replacing “the broken-down” business rates system with a Land Value Tax – in this case calculated on the basis of the rental value of local commercial land.”

Labour says that commercial land should be taxed according to its rental value and that vacant and derelict land be brought into this regime on the grounds as this would discourage hoarding. Once residential planning permissions have been granted, the property tax would apply-regardless of whether the buildings above it are occupied.

It adds that there may be a case for this land value tax being extended to agricultural land too.

The report also suggests replacing council tax with a “progressive” property tax based on contemporary property values. Unlike council tax this would be payable by owners, not tenants.

Webber comments, “Labour seem to have joined the Lib Dems in a call for a commercial land tax – but again this just is not the answer. Business rates were set up to pay for the amenities and services that businesses use in the community so there should surely be no dispute that such businesses should pay something for these services?”

“To replace the levy with a total land tax on landowners is inequitable and would impact on land values. It would discourage investment into property generally – and among other things would not be good news for pension fund holders.”

The additional tax could also backfire. Landlords would most probably recuperate the money by hiking up rents charged to occupiers. “We would therefore have a system whereby businesses would end up paying more to the landlord but unlike the present system would be unable to appeal against their combined rent and rate bills that the landlord would introduce. So how would they benefit?”

Other parts of the report are also queried, such as the idea of using rental values of land, given there are very few transactions based on land rents – which will undermine the credibility of any values arrived at.

Labour also seems to believe that taxing land would encourage landowners to work their land better. This implies they are not doing so now. “They seem to think that without a land tax, land will be sitting empty and largely undeveloped, again ignoring the commercial realities of development in today’s marketplace”.

And the period of transition between the two systems would also be unwieldly.  “What Labour is therefore suggesting is a complicated system, based on no actual evidence. It is very difficult to see how it would work in practice.”

Colliers is more in favour of the third plank to Labour’s business rates policy: more frequent valuations and increasing the capacity of the valuation office to deal with appeals, as outlined by Jim McMahon MP, the shadow minister for housing, communities and local government.

However, Webber disagrees that these alone will be enough “to arrive at a more fair and equitable system,” and comments that we cannot move to annual valuations overnight. “The VOA is still struggling to cope with the 2017 list, and still has 60,000 appeals from the 2010 list, to deal with whilst gearing up to cope with 2021- so if we are going to add annual valuations to the work burden, we need to think carefully how we resource it. Already appeals are snarled up in CCA the Government’s car crash appeal process. We don’t want to make this situation worse.”

Webber concludes. ““Whilst we agree with Labour that the business rates system needs drastic reform, we do not believe the measures they propose will get to the heart of the problem.  We would like to see a fairer distribution of the costs of the system which is currently weighted against the retail sector and also believe we need to remove the business rates deserts found in some parts of the country.”

“We also need to reduce the multiplier to make this a palatable 30% not the current 50% tax that businesses can afford.  We could pay for this by re-balancing who pays, taking the pressure off retailers and making small businesses all pay something -say 10 per cent. And we need to reform the appeal system which strangles anyone trying to get their rate bills properly assessed. “

“Whilst the current Conservative Government has not done enough to solve the business rates crisis, given its obsession with Brexit, Labour doesn’t seem to have the answer either and its proposals, like the Liberal Democrats’ remain out of touch with commercial reality – yet again they have missed a trick.”

Latest voting intention gives Labour 25pt lead ahead of the...