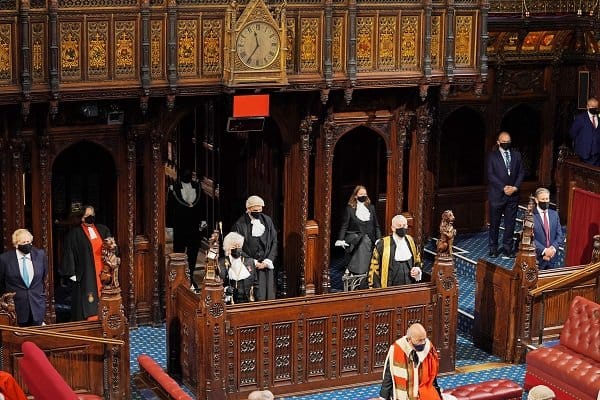 Lord Theodore Agnew, who is the Minister responsible for Whitehall efficiency has resigned today whilst in the House of Lords at the dispatch box.

He told the House of Lords, “Given that I am the Minister for counter fraud, it would be somewhat dishonest to stay on in that role if I am incapable of doing it properly.

“It is for this reason that I have sadly decided to tender my resignation as a minister across the Treasury and Cabinet Office with immediate affect.”

He claimed that that the Department for Business, Energy and Industrial Strategy (BEIS) “two counter-fraud staff” failed to “engage constructively” the counter fraud team.

Lord Theodore Agnew told peers, “The oversight by both BEIS and the British Business Bank of the panel lenders of BBLs has been nothing less than woeful.

“They have been assisted by the Treasury, who appear to have no knowledge or little interest in the consequences of fraud to our economy or our society.”

He added, “Schoolboy errors were made, for example allowing over a thousand companies to receive bounceback loans that were not even trading when Covid struck.”

The House of Lords was in uproar with cheers and an applause as he left his position, and walked out saying “thank you and goodbye.”

Lord Theodore Agnew made it clear that his resignation is not “linked” to the Downing Street partygate saga.

He told MPs in the Commons, “Any Prime Minister of this country should be able to reasonably expect, when taking on the mantle of power, that the levers of government were actually connected to delivering services for our citizens.”

He added, “It has certainly not been through want of trying, but the government machine has been almost impregnable to my endless exhortations.”

“It is no surprise that a Minister feels unable to defend the waste of billions of taxpayer pounds on crony contracts and fraud.”