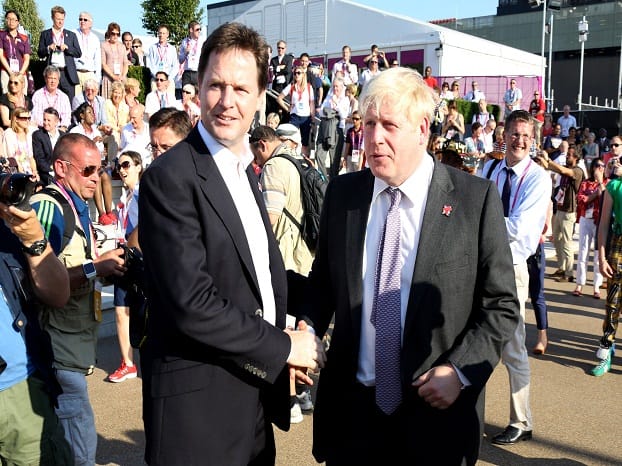 Boris: Clegg is a “wobbling jelly of indecision and vacillation”

London Mayor Boris Johnson has launched a stinging attack on Liberal Democrat leader Nick Clegg as a “wobbling jelly of indecision and vacillation”.

Speaking as he campaigned this afternoon in Eastleigh, Johnson said: “The Lib-Dems are wobbling jellies of indecision and vacillation, particuarly Clegg.

“His single contribution to politics has been to do a u-turn on tuition fees and then make a song about it, that’s all he has done!”

Johnson issued a spirited rallying call to Conservatives to campaign against the LibDems, saying: “It’s our constitutional duty to kick the LibDems in the… do they even have any?!”

The London Mayor’s attack on Clegg marks a big change from the London Mayor’s behaviour last September, when he praised the LibDem leader for laying down his “political life” to form a govenment in spite of “protracted political humiliation”.

That said, his latest outburst is also ultimately reminiscent of the Mayor in 2010 when he branded Clegg a “cut-price edition of David Cameron hastily knocked off by a Shanghai sweatshop to satisfy unexpected market demand”.

Boris Johnson: “Save the Cleggster!”

Time to knock the halo off St Vince