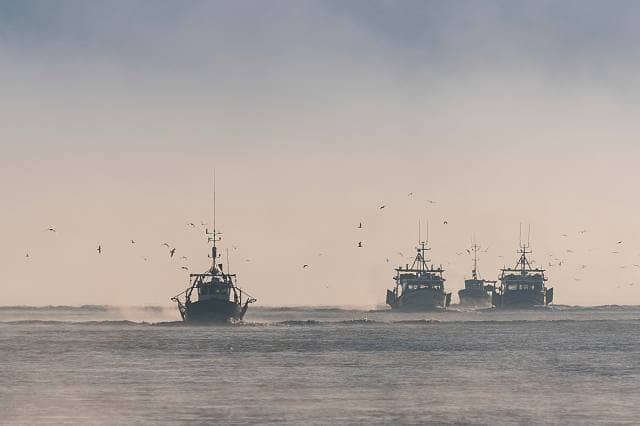 The issue over fisheries has raised its head again as Michel Barnier, the EU’s chief negotiator has repeated his efforts that the UK remains “chained” to Brussels Common Fisheries agreement.

In December 2017 the UK said they are pulling out of the London Fisheries convention, which was a treaty offering 11 EU countries the right to full access to fishing areas between six and 12 nautical miles of the coastline.

France, Spain, Ireland and Spain signed up to this agreement including other countries at the time.

Michael Gove, then said, “This is an historic first step towards building a new domestic fishing policy as we leave the European Union.

“It means for the first time in more than 50-years, we will be able to decide who can access our waters.”

However, Barnier demanded at that time the UK will follow EU laws and regulations, and nothing will change as the EU fisheries laws are more superior to the London convention in 2017.

However, a stalemate could be in the making as the British prime minister has made it quite clear, the government has passed a bill through parliament that guarantees the UK will not be part of the EU’s fisheries policy come December.

Previously the environment secretary, Theresa Villiers said, “This new Fisheries Bill takes back control of our waters, enabling the UK to create a sustainable, profitable fishing industry for our coastal communities, whilst securing the long-term health of British fisheries.

“Leaving the EU’s failed Common Fisheries Policy is one of the most important benefits of Brexit.”