Home Business NewsBusiness Back to your roots: Local brands are once again in favour 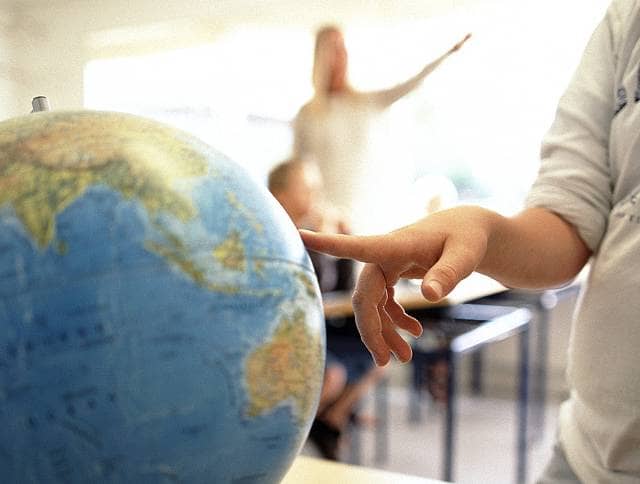 Back to your roots: Local brands are once again in favour

Why the ‘global’ brand concept has become tainted

In a competition for the most-recognisable tagline of the past 50 years, “The world’s local bank” would surely be a leading contender. There can be few people who didn’t wish they’d thought of it first. Yet this catchy line has been quietly dropped by HSBC. Why, and what does it tell us about the growing aversion to building global brands?

Much mimicked and often envied, “The world’s local bank” is synonymous with HSBC. The tagline’s success rests in large part on having captured the aim of almost an entire business generation – to deliver both local knowledge and expertise in a globally consistent manner. As these attributes surely remain in demand, what would prompt a firm to distance itself from such a notion?

Interestingly, HSBC has not replaced its famous one-liner with a new tagline. Rather, the banking giant has subtly changed its messaging more generally to focus on the power of ‘possibility’. This reflects a strategy of concentrating on the world’s fast growing economies. Are we entering a new paradigm where being – or being seen to be – local is more important than being global?

Born of a backlash?

Many societies are witnessing a growing discontent with the perceived impacts of globalisation such that being seen as a global behemoth could be damaging to a retail bank’s prospects. So-called ‘millennials’, who are being empowered by the imminent generational shift in wealth, are distinctly unimpressed with ‘big business’ and are far more likely to entrust their money to smaller, peer-approved financial services providers.

Perhaps the very concept of a western-rooted ‘global’ brand has become tainted with sluggish economic performance that fails to capture the spirit of excitement and entrepreneurial growth in many developing economies. That’s even before you consider the negatives in many markets of overt foreign ownership. It is a brave executive who introduces a foreign-named retail bank into Russia or China, for instance.

Certainly, banking groups growing out of the Middle East and Asia are taking a different approach. The successful ones have retained local banking brands whilst using brand endorsement to capture synergies. Observe how Turkey’s DenizBank and Finansbank have retained their names despite being owned by Russia’s Sberbank or the Qatar National Bank respectively.

Just as global brands allowed their owners to take advantage of the best of both (local and global) worlds, federated brands and networks may be the logical next step. If done correctly, they can help a firm demonstrate how it is genuinely local while the group retains its broader capabilities and reach. Why risk diluting a local identity that has been built over decades with blood, sweat and tears, by applying global brand standards that blithely disregard local cultures or tastes? There is also a lower risk of brand contamination should something go wrong.

Your choice of approach may well boil down to an interplay between your industry and whether you are B2B or B2C. Major consumer brands such as CocaCola or Macdonalds benefit from being instantly recognisable; they are magnets for individuals wanting the comfort or reassurance of a certain standard. Starbucks, however, was quick to recognise that achieving brand presence on every street corner was doing it more damage than good. It dropped its name from its logo to make

it appear more like a local coffee shop, adapted its interior design to reflect individual locations and started writing customers names on their cups in an effort to deliver personal service.

In the B2B world, it can still be logical to build global brands. Professional services networks such as PwC, EY and the larger law firms all seek to provide a global service. A single, global brand helps them make the promise of a consistent service quality across markets and, importantly for their largest clients, the impression of being genuinely joined up. This is a huge selling – and credibility – point when offering coordinated services that involve many jurisdictions (think group audits or corporate acquisitions).

It becomes less straightforward in industries that serve both businesses and consumers. Business travellers may be drawn towards a Hilton or a Sheraton as they know what to expect. But this can be anathema to leisure travellers, who increasingly abhor the prospect of their hotel experience being identical in Tokyo or Buenos Aires, in Muscat or Delhi; for them, unique and authentic are the words du jour. Knowing where to pitch can be a tricky balance that boils down to a deep appreciation of existing and target client bases.

What about the practicalities?

For a company on a global acquisition trail, it can be both cheaper and easier to maintain a global brand (let’s set aside the complexities of successful integration, which is notoriously difficult). After all, under a global brand, campaigns and merchandise must be developed only once and then deployed worldwide (with local tweaks). Clients can find reassurance in this familiarity.

So perhaps HSBC – for so long seen as a tagline leader – may now be leading the retreat from global standardisation. Growing regional banks, which may be the global players of tomorrow, will no doubt draw their own conclusions. It can be tricky enough to get the right name to suit two neighbouring markets, let alone an audience on the other side of the world.

Sholto Lindsay-Smith is Chief Executive and founding partner of Industry