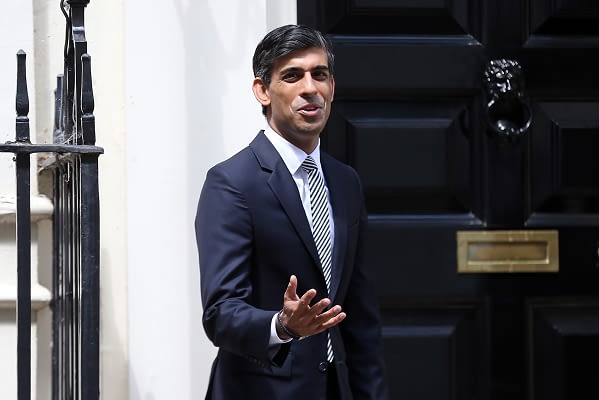 Estimates from the Office of Budget Responsibility (OBR) show that the UK economy is growing faster than expected. However, the Chancellor says he recognises that many businesses and households are facing a winter cost crisis and is offering a helping hand.

Tariq Husain, CEO at Macalvins Chartered Accountants, said: “Tax rises were a concern for many going into this Budget, but the measures outlined by Sunak will help some businesses in the weeks and months ahead.”

In particular, the announcement of significant reforms to business rates couldn’t be timelier for many embattled high street businesses.

Measures include a new 50 per cent rates discount (worth up to a maximum of £110,000) for companies in the retail, hospitality, and leisure sectors, which will last for one year.

An extension to the £1 million Annual Investment Allowance until the end of March 2023 will benefit UK firms by offering Corporation Tax relief that will support further investment in plant and machinery.

Tariq added: “This Budget has provided some useful giveaways that will reduce the impact of a difficult autumn and winter for businesses and households.”

Macalvins Chartered Accountants added that despite these positive steps, earlier announcements, such as an increase to Corporation Tax in 2023 and a rise in National Insurance and dividend tax rates next year means that businesses and their employees still face mounting costs.

Reforms to R&D tax credits will also refocus support on innovation in the UK, while restricting claims where R&D activities are performed overseas.

There was also a warning of rising costs, starting from April 2022 and continuing over the next few years, due to the measures previously announced by the Government.

Tariq raised concerns over the increase in dividend tax rates and said: “The Budget attempts to reduce the impact of these increases in taxation, but many organisations could still experience a financial struggle.”

There was, however, relief that headline tax changes had been avoided and Macalvins Chartered Accountants added that many taxpayers would appreciate the fact that the Chancellor left Capital Gains Tax and Inheritance Tax largely the same.

Growing speculation of a wealth tax proved unfounded and Tariq said: “The Chancellor will have surprised a few people by not raising personal tax rates but during a time where many families and households are facing rising costs it would have been difficult to justify.”

However, looking further ahead, Macalvins Chartered Accountants added a note of caution and said taxpayers, whether businesses or individuals, should remain wary, as future Budgets could contain surprises that lead to a larger tax bill.