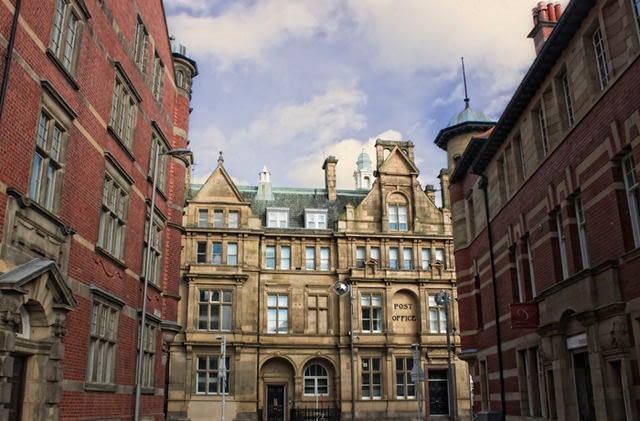 The experts at Aspen Woolf look at why Sunderland is one of the best locations for investors to benefit from low prices and high yields.

Sunderland is a prime example of a northern city that was once a giant of manufacturing but is now undergoing strategic regeneration to create a brighter future for itself.

Based on the north east coast, this maritime city is benefiting from strategic investment from local and national Government. Its trajectory is solid thanks to this comprehensive effort to redress the balance between northern cities and those in the south east. Major changes to infrastructure and long-term investment plans are underway. And all of this is why right now is the time to invest in Sunderland’s property.

Property investment in Sunderland is a not-to-be-missed opportunity

Sunderland and other northern cities are becoming attractive investment propositions due to an increase in population, prosperity and growth. The city is in the midst of regeneration plans and as these come to fruition prices will rise. Right now, investors will find very low house prices with massive potential. In addition, they can expect strong yields.

The Sunderland 3,6,9 Vision: Transforming Our City is the local council’s strategy to boost the city. Its aim is to bring Sunderland into the Northern Powerhouse initiative through major investment. Totalling £1.5 billion, the investment is across various sites in the city. Not only will the investment improve the infrastructure of the city, it will also create 20,000 brand new jobs.

Improvements have already been made in the city centre. The Minster Quarter Masterplan aims to improve the public square and two major streets have seen £2 million ploughed into the changes. A further £3 million is earmarked to continue these upgrades in order to transform Sunderland city centre into a major cultural hotspot.

The 3,6,9 Vision lays out the infrastructure developments and says that an additional Gross Value Added (GVA) totalling £1.8 billion will be created by 2024. Furthermore, figures from the Department for International Trade show that the north eastern region of England is one of the top three best performing areas in the country. In 2018/2019, the region created 125 jobs per 100,000 people. It is ranked only behind London and West Midlands as a job creation success story.

Combining Sunderland’s manufacturing heritage with a focus on digital

Sunderland’s heritage lies in the automotive sector and in manufacturing. These will continue to play a large role in the increase of the city’s GVA. A quarter of the newly created jobs are part of the International Advanced Manufacturing Park (IAMP).

More than £400 million in private sector investment will be generated through the IAMP. This will translate to more than 371,000sqm of prime manufacturing space. Its Enterprise Zone plans to feature as one of the most important developments for manufacturing and automotive trades in Europe.

While regeneration plans include heritage sectors such as manufacturing, there is also a specific focus on the city’s digital transformation. The city will create 2,000 new roles within the software industry and 1,500 across the Social Enterprise Sector. Part of this will be realised through the redevelopment of the site of the former Vaux Brewery.

One of Sunderland’s key city centre developments, the Vaux site, will create approximately 2,500 new jobs. It will eventually comprise a 5.5-hectare site packed with residential apartments, cafes, restaurants, commercial space and a hotel.

Other residential developments in the SR1 postcode are transforming city centre living in Sunderland. The Mowbray House development is one such project. Transforming three terraced town houses into luxury apartments, this development offers a typically low entry price and gross rental yields of more than 8%.

This is the kind of opportunity in Sunderland waiting for property investors. There is huge demand on city centre property, and while prices are rising year on year, they remain affordable.

In 2018, the Northern Spire Bridge became the tallest structure in the entire north east of England. Not only is it creating more than 6,000 jobs for Sunderland, it is a symbolic and visible brand for the new city.

Two other companies have also brought good news to Sunderland in 2019. Hyperdrive Innovation is a manufacturer of lithium batteries and has invested £350,000 into doubling its production facility. The other is Ocado, which is the first occupying business at The Beam building at the Vaux site. This major international company is creating 300 new jobs and kickstarting the high-level occupancy of this important city centre development.

House prices in Sunderland are holding firm. Despite some northern cities suffering a slight dip in property prices in Q3 2019, Sunderland has seen a rise of 2.9%.  This is 1.5% higher than the national average increase in house prices. Even with this increase, Sunderland is still one of the cheapest cities in the UK for property.

Average house prices in Sunderland stand at £118,649 according to the Land Registry. This puts the average price at around £114,062 less than the average across the country.

To go hand in hand with cheap house prices, the rental yields are high. The central SR1 postcode is generating yields on average of 7.53%, and for certain developments 8%+. This is almost 3% higher than the yields generated in the most successful buy-to-let postcode in London.

Housing in Sunderland is also catching up to demand. By 2033, the city needs around 14,000 new homes to reach the 3,6,9 Vision targets. A strong student population is also driving demand for residential housing. The University of Sunderland boasts more than 19,000 students every year. Around 3,000 graduate each year, and many stay on in the city.

Major investments for the university itself include a brand-new medical school and a centre for innovation and enterprise. The latter represents a £10 million investment and is called the Hope Street Xchange.

In recent years, the Northern Powerhouse has commandeered much of the media interest in investment hotspots. Many investors will automatically consider the likes of Liverpool and Manchester. But Sunderland’s strong property values, high rental yields and major investment strategy combine to make this north eastern city a new investment opportunity.