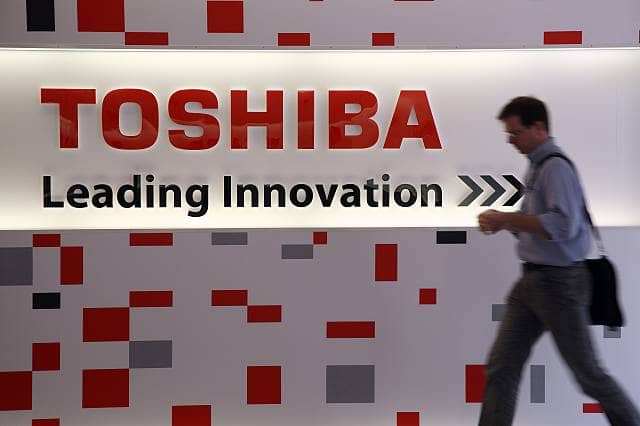 Who will win the deal?

Public broadcaster NHK said on Friday that Apple Inc is looking to team up with their supplier Foxconn to bid for Toshiba’s semiconductor business.

The tech giant Apple is considering a stake of 20 per cent worth several billion dollars. This will enable Toshiba to retain partial holding thus keeping the business within Japanese and US control, NHK reported.

However, with Foxconn’s strong ties to China they have been considered a risk although, Apple would like the Taiwan company to have a stake of approximately 30 per cent of the Toshiba’s chip business, said NHK.

If Apple were to invest it would be their first stake in a global company which would enable Apple to secure a continuous supply of key components.

The worlds current largest makers of flash memory chips are Samsung then Toshiba followed by South Korea’s tech company SK Hynix and then US based Micron Technology Inc.

Broadcom offered $2.3bn (2.5tr yen) and Foxconn offered a lower bid of around $2bn (2tr yen) although Apple was not part of any bids, a source told Reuters.

However, it is all very much unclear as to whether or not Apple participated in the first round of the auction which has been reported to have seen around 10 offers.

Bloomberg reported that the chip business sale was on hold temporarily so Toshiba’s share price dropped by 5 per cent Friday to look into concerns raised by Western Digital.

A Toshiba spokesman told Reuters “it is not true, Toshiba has put the chip sale process on hold.”