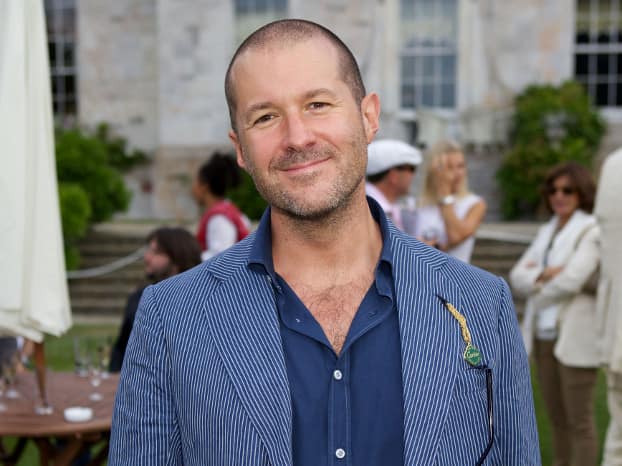 Apple is the world’s most valuable brand ($145.3bn), we learnt earlier this month.

And Sir Jonathan Ive, Apple’s design guru, is probably one of its most valuable employees.

That’s probably why Ive has been promoted to the role of chief design officer at Apple.

Sir Jonathan is the man behind the designs of the the iPod, iPhone, iPad and the new Apple smartwatch.

“In this new role, he will focus entirely on current design projects, new ideas and future initiatives.

“Jony is one of the most talented and accomplished designers of his generation, with an astonishing 5,000 design and utility patents to his name.”

Here are 5 things you didn’t know about Sir Jonathan Ive:

Yep, that’s true. In 1997, when Steve Jobs became the CEO of Apple, Ive was to be replaced as Apple’s head of design with Richard Sapper, the designer of the IBM Thinkpad, or Hartmut Esslinger, Apple’s industrial-designer in the eighties.

At the time, Ive wanted to quit Apple but his boss Jon Rubinstein convinced him to stay.

2. Ive was once given a project to design a toilet

In 1989, Ive worked at design start-up Tangerine where he took on a project to design a toilet, bidet and a sink. However, the client shot down his plans for being too expensive.

Ive’s made it big in life because of his humble background. His friend Marc Newson said: “Neither of us came from particularly privileged backgrounds. A lot of what I’ve done has been an effort to try to have the things that I didn’t own when I was a child.”

4. Noone believed in Ive’s Apple Watch vision at first

Ive reportedly had to fight really hard to make Apple bigshots believe in the concept of the Apple smartwatch. According to tech website mashable.com, Apple employed Burberry’s Angela Ahrendts to help come up with a retail strategy for the product.

According to The New Yorker magazine, Ive’s next big project at Apple is going to be the “Airbug”, an aerospace project.

One to watch: Luminet, the London business growing 41% year-on-year

Google’s self-driving cars have had 11 accidents