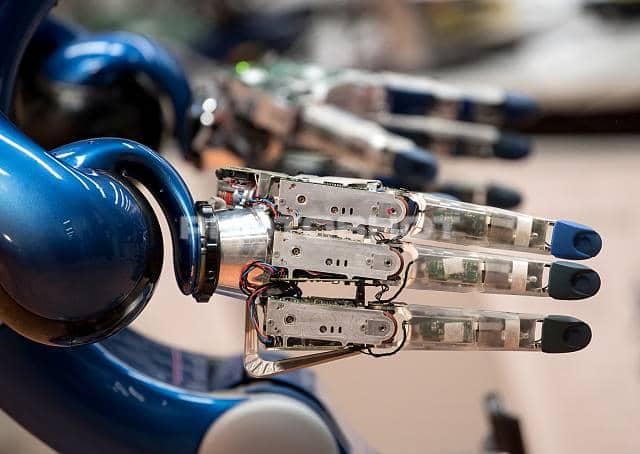 One in three (34%) employees believe a robot would be better at decision making than their boss if it had access to the right business intelligence. This is according to the new Advanced Trends Report 2018/19, which also reveals that there is no clear leader driving technology change across UK businesses.

Just 35% of C-Suite/Managing Directors are said to be driving technology change, while 51% believe responsibility falls to IT, followed by finance (19%) and marketing (13%). It perhaps comes as no surprise, then, that 59% of employees think less than half of people in their organisation are ready to adopt new technology to change the way they work.

The annual survey is the third to be commissioned by British software and services company Advanced, with over 1,000 professionals in UK organisations having their say on how British businesses are faring in the digital era. Last year’s report found that 31% of employees had no confidence in the leadership of their company to create and run a modern digital infrastructure, so these latest findings will come as a further blow to bosses.

“Disruptive technology is encouraging us to look afresh at all aspects of business,” says Gordon Wilson, CEO at Advanced. “While robots are unlikely to take on the job of decision maker – the reality is that they are simply not yet suited to such complex tasks and will instead work side-by-side with humans – our findings suggest that employees are dissatisfied with their current leadership, want to get rid of arbitrary decision making and are starting to challenge the norms. Leaders need to step up, to provide the clear direction that people need and take charge of the intense technology change happening as a result of the digital era.”

Nearly two-thirds (65%) say they would be happy to work alongside robotic technology if it meant less manual processes – most likely because automation acts as a workforce multiplier, increasing output while reducing time wasted on repetitive and low-skilled duties. The majority (72%) have already adopted technology to automate tasks and processes, albeit many of these are likely using simple commands to handle defined actions.

What’s certain is that there is appetite among employees for innovative technology, with the right leadership, to play a greater part in augmenting their roles. The report reveals that 35% want to see Artificial Intelligence (AI) in their daily working lives – on a par with Cloud services – while 32% want to see Business Intelligence (BI), followed by Predictive Analytics (31%), the Internet of Things (IoT) (26%), chatbots (19%) and Robotic Process Automation (RPA) (18%).