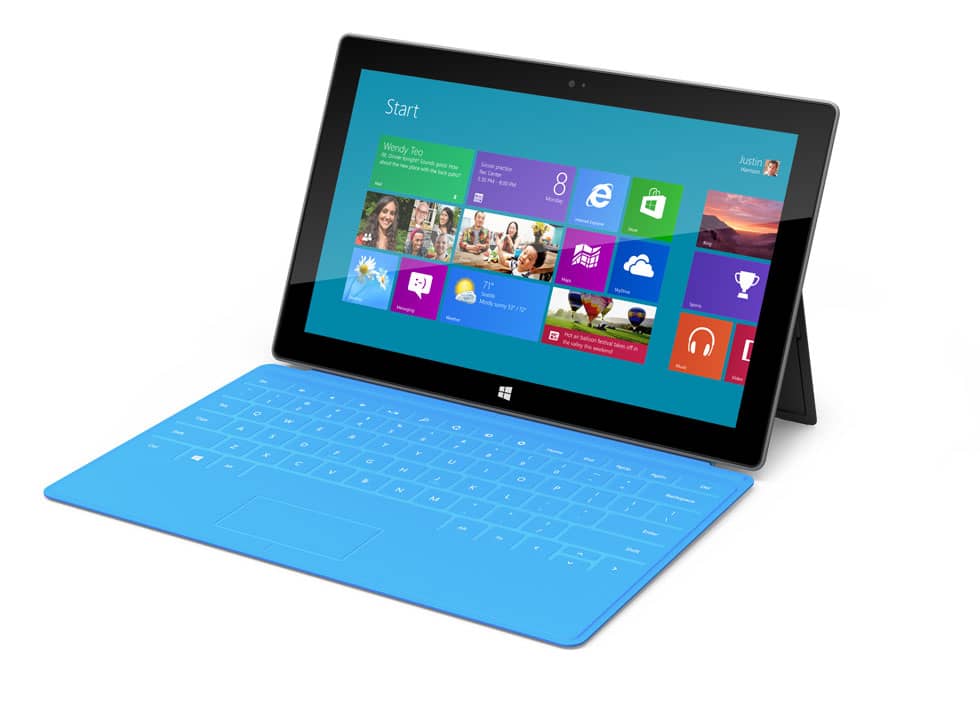 Has awesome power, Office software and the support of hipsters

It has launched to…dismal noises.

“Microsoft Surface gets the thumbs down in early reviews” says The Guardian in its comprehensive round-up. Quibbles include the lack of apps (just 4,000 to the iPad’s 275,000), poor camera, lack of mobile network connectivity (it’s WiFi only) and resolution which is lower than the iPad’s Retina display. It’s too heavy, too buggy, too, er, unlike the iPad.

But… the chaps at Redmond aren’t daft. They’ve clearly pitched the Surface at a different audience. There are clear reasons why the Surface might just turn out to be an unexpected smash hit.

There are two versions of the Surface. The first, which has been launched, has a mid-range ARM chip, with a performance to rival the iPad. But in three months’ we’ll see the second version – powered by the mighty Intel i5. This puts the surface way out in front of the tablet market. Rendering 3D graphics or HD video editing suddenly becomes possible.

Inside most offices it is Windows which reigns supreme. So the IT guys will breathe a sigh of relief at being able to connect highly compatible Surface devices to the existing networks.

The game-changer: Surface comes with full Microsoft Office. This means full Excel, full Word and full PowerPoint. The suite on the iPad looks like rather childish by comparison. Frankly, anyone who works with figures will want, nay, need Excel.

The iPad won’t take an SD card. To get more storage you need to pay a fortune to upgrade to a better model. And if you want to take your data away, there is no way to do it. The top Surface model comes with 64GB of internal storage, plus a slot for an SD card up to 64GB. Plus there’s a USB slot (which the iPad does not have) so it is possible to stick in a USB stick or external hard drive.

5 It has a keyboard

The keyboard costs an extra $99, but it’s a sign that the Surface is more of a content creation tool than the iPad, which is primarily for passive consumption. Try using Excel without one. Also takes a mouse via the USB hole.

As with Windows, multiple user accounts can be created on a Surface device. So your kids, your mum and your partner can all keep their personal documents and settings separate. You can’t do that on an iPad.

The iPad is squarish, the Surface is a more elongated. Which is better? The Surface is superior for watching films, as it is a perfect 16:9 ratio, and the longer 10.6 inch diagonal length means you can put two documents side by side: much better for working on.

iPads are absurdly popular. So, and yes this is barely believable, but owning a Surface is the hipster’s choice. It marks you out as a content creator, not consumer, as an early adopter, as a movie watcher (directors’ cuts can be viewed in the 16:9 ratio they were meant to be seen in).When the ear-lobe-gauged, ironic tattooed, digital DJ, blog writing hipsters of Hoxton start waving around Surface tablets you can be sure sales will soon soar. After all, Gates is the new Jobs. Didn’t you know?