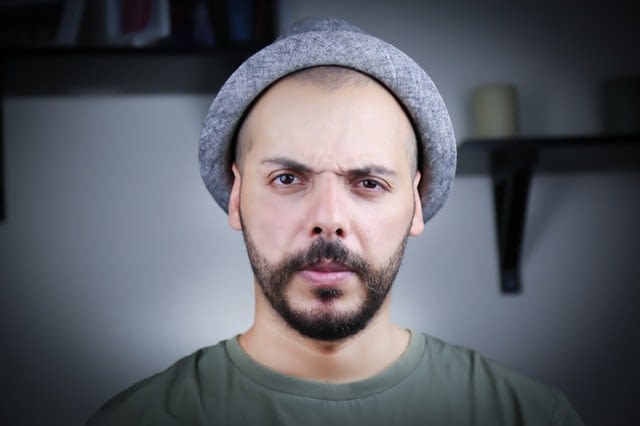 You may find arguing with someone frustrating and upsetting, but it can enrich your life. Seriously – the key is in defusing arguments. The secret to it lies in knowing and understanding yourself, so you can engage with other people’s ideas to defuse arguments and avoid damaging conflict.

Here are 10 steps you can take when you feel you just can’t get out of an argument.

1. Defusing arguments by stepping away

The most important thing you can do to defuse an argument is to pause and give yourself time to think.

Emotive reactions are a major obstacle to reasonable discussion and conflict resolution. Perhaps make a coffee or pop to the toilet; give yourself a break to think about a whole host of things, including why you are reacting as you are.

Think about what the other person is doing or saying that is making you react in the way you are. And, crucially, what role are you playing in prompting their reactions?

Once you have taken a moment, you can take the next step.

2. Think about why you’re arguing

You can save a lot of heartache by thinking more clearly about the issue at stake. The cause of many arguments lies in a misunderstanding about what the question is, rather than what the answer should be.

For example, a couple might argue about whether to buy Car A or Car B. In reality, they might both want different things from the vehicle, so the actual discussion should be about what they need and why. This means they are more likely to find points of agreement.

Stopping to work out what you are actually arguing about can provide a great way of resolving an argument.

3. Decide how important it is to be right

Consider what you would gain (or lose) if you “win” the argument, because it is very easy to become overly focused on being right. Do you really need to be the “winner”? The phrase ‘Pyhrric victory’ originates from a king whose army defeated the Romans in battle but suffered irreplaceable casualties in doing so. Perhaps think about King Pyrrhus next to time you have an argument: What is the price and reward of winning?

When you speak, think about the type of language you are using. Emotional language is a powerful tool of persuasion because it dodges the logical filters in our brain and appeals to the emotions. This can be used positively, to gain someone’s agreement, but can have negative effects in an argument by provoking anger.

By the same token, think about the language the other person is using, because you might spot something you’re reacting to unnecessarily.

Don’t be afraid of considering your own actions and reactions, because you may spot something that helps. In particular, think about whether you have felt like this before during an argument. You can use your experience to better understand your reactions and even modify them to your advantage.

6. Listen to what they are saying

When you’re in the midst of an argument, it’s easy to become more focused on finding a better, more effective way to get our own idea across.

But by listening more carefully, you may identify areas of agreement that help move you towards a resolution. The other person may also be making points which you hadn’t thought of, and you can miss these if you’re not listening carefully.

Even when you’re in the midst of an argument, try to remain mindful. Watch, listen and think about what is happening, because being challenged can open your eyes to how others see the world, even though it may be unnerving and even upsetting.

After all, if we surround ourselves with people who only ever agree with us, then we are going to be in a pretty boring world. Being open to challenge and disagreement is a deeply important skill, helping you to understand yourself and the world around you.

8. Appeal to their highest values, not yours

You should always try to present your own argument on the terms of the person with whom you are arguing. Remember, it’s much harder to convince someone you are right than it is to show them that your point of view agrees with theirs.

This plugs into mindfulness, because it demands that we be aware of what the other person values. Listen carefully to what they are saying, and try to understand their values and needs.

9. Don’t be afraid of disagreeing

You don’t always have to reach an agreement, so be comfortable with this possible outcome. By accepting this reality, you can be ready to proceed without agreement. If you can’t agree what to watch on TV, then you can think about whether to take turns. If you disagree on something more fundamental, like a parenting issue or major life decision, you can still seek compromise or even ask a trusted third party for advice.

Disagreement is not the end of the world, it’s part of the world. Once you accept this you will be more able to deal with the challenges of arguing and resolving your differences.

Arguments can help us to develop as people and societies, because without them new ideas would not challenge old ways. On a simple level, your partner may be challenging you because he or she thinks your actions are harmful, or because they have learned something new which can benefit you.

In the end, arguments can be upsetting and harmful if we approach them always trying to “win”, and without taking a moment to pause and think. Embrace the challenge and the opportunity to develop yourself, without treating every argument as a battle.

Alessio Bianchi is a lifestyle blogger who is passionate about living his best life and helping others to do the same. Read more at his blog.