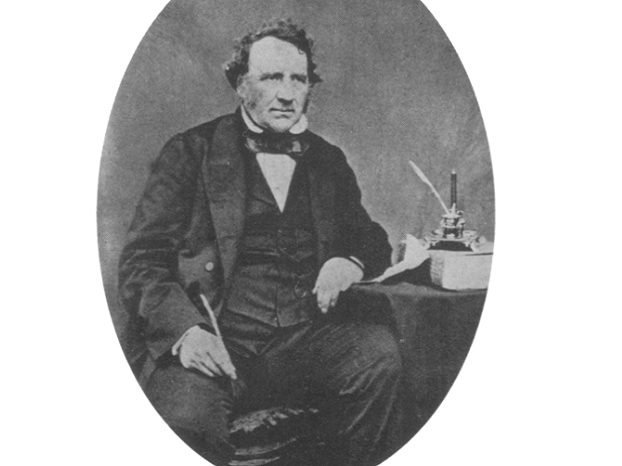 If ever the word genius could be used, this is an example of the life and mind of a person who put his everything into a project that changed the world.

Although there are many stories that will be used to celebrate the 150 years of the London’s famous underground railway system, the most important one is that of Charles Pearson.

Charles Pearson sat on London Bridge and counted 176,000 people commuting by foot into the City of London. He thought long and hard and designed a solution, a solution for the growth of a City, a solution that was to build the world’s first underground railway.

Charles’ railway would carry thousands of commuters from their homes into their workplaces allowing London to spread away from these central hubs and create space for these commuters to have a life with their families and to get to work.

Charles was a clever man who grew up watching his hardworking father who was an upholsterer. Like his father, Charles knew he had to be patient to see his dream project turn into reality. He also knew that with any project of this scale would have scores of people telling him “It can’t be done”. But Charles stuck to his guns. He cleverly positioned the project in a way that he could smoothly carry out the financing of the railway, the political necessity and also the legal side of its build. He confidently knew that he was the one man in the position to change the way Londoners travelled. His background came in handy too – he was a City Solicitor, a Councilman in the City of London Corporation, a Member of Parliament for Lambeth and held numerous other respected positions. He was described as ‘indefatigable’ in promoting his creation with an unstoppable intent to deliver his solution to London’s overcrowding at all costs.

Charles collected £1m by 1960 to build the first track and successfully changed the world as we know it. Charles’ perseverance and ability to bring on board other great minds in history extended his team’s skillset to be used across the world, such as the styling of Moscow’s underground, and with Paris’ Metro opening 20 years later, New York decided to follow over 40 years later.

Charles’ underground railway was used by 42,000 on its first day of operations and today is used by over three million people every day.

Although we now call it simply ‘London Underground’, I for one raise a glass to remember Charles Pearson for his successful efforts to change our world.

Ajit Chambers is the CEO of the Old London Underground Company.

how to clean a rug

[…]we prefer to honor numerous other online sites around the net, even when they arent linked to us, by linking to them. Under are some webpages worth checking out[…]