Home Business NewsBusiness What went wrong at House of Fraser? 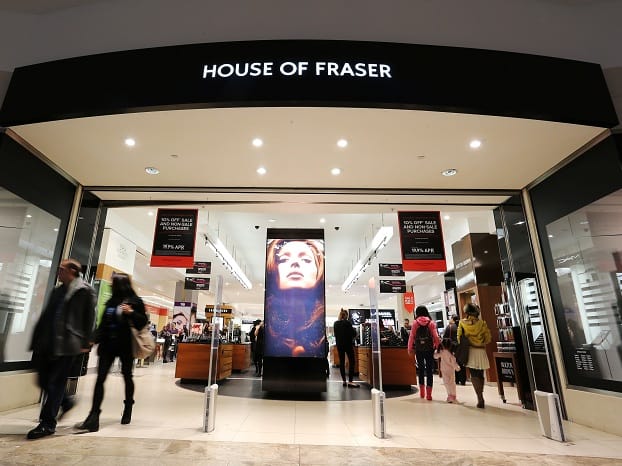 What went wrong at House of Fraser?

News that House of Fraser is closing more than half its 60 UK stores, putting 6,000 jobs at risk sadly comes as no surprise to the business rates team at Colliers International, the commercial real estate agency and consultancy.
According to John Webber, Head of Business Rates at Colliers, “Like many other retailers, House of Fraser experienced the negative impact of the 2017 Rating Revaluation, which we believe substantially added to its costs.”
Analysing House of Fraser’s 60 stores in England and Wales, Colliers estimate that House of Fraser faced a business rates bill in 2017/18 of around £38m and this would have been rising to £40.3 m in 2018/9. Moreover, some individual stores saw big rises following the 2017 Business Rates Revaluation. The H of F store in Oxford Street, for example saw a RV (rateable value) increase of over 57 per cent, from £5.73 million to £9.01 million following the revaluation and the Milton Keynes store was not far behind with a RV increase of nearly 52 per cent to £1.38 million. Unsurprisingly these are two of the 31 stores being closed.
In terms of actual rates paid this means that the Oxford Street Store alone saw a rates bill of £4.3 million in 2017/8 compared to £2.96 million 2016/7, a rise of nearly 46 per cent. And this figure was on its way up further, given the Government’s 5 years transition scheme. By 2021/22 House of Fraser, Oxford Street would have been paying business rates of over £5 million a year. A massive bill for one store alone.
“It’s no wonder House of Fraser had to shut stores and is trying to reduce its rent bills and even cut its store sizes in some areas, “says Webber. “As business rates are tied to rental values, it would be mad not to.”
Even those stores, in other parts of the country that should have seen a decrease in their rate bills following the Revaluation, were not helping the corporate rates burden much. The policy of phasing in reductions, whereby it takes five years of transition until businesses in England are allowed to pay their business rate bills at the new revalued levels, has meant that many retailers, such as House of Fraser have been paying much more than they should be.
Taking a particular store such as H of F Altrincham Cheshire, Webber points out that the rates bill of around £216,000 in 2016/2017 should have been reduced to around £103,000 following the revaluation, a decrease of around 52 per cent. But because of phasing, reductions were only a very small percentage this year and next.  Colliers has calculated the business therefore would overpay in excess of £450,000 in business rates on that store alone, than it should have done had the revaluation occurred in 2015 and any reduction in liability implemented immediately. “Keeping such stores open for 5 years until they hit their fair rateable value is just not feasible” says Webber, “particularly if trading is down. It comes as little surprise that Altrincham headed the closure list.”
House of Fraser is obviously not alone in its business rates plight.
AS Webber added, “House of Fraser, Debenhams, Toys R Us, Laura Ashley – the list of retailers with uncomfortably high business rate bills is never ending. As such businesses struggle against the competition from the online retailers and cope with uncertainty over Brexit, wavering consumer confidence and the rise in the NLW for staff, it is no wonder the cracks in the system are growing”
“Retail pain has not stopped and is on the increase. Business rates are not the only factor- but they are an important factor. Something must be actively done to help the physical retailers. We are going to see a significant change on the high street landscape as these great names falter. Marginally successful towns could go into terminal decline.”
“While Ministers fiddle with Brexit issues the high street continues to burn. The Government needs to show more support and really must to do it now.”