Home Business Insights & Advice What is the difference between EVs and PHEVs? 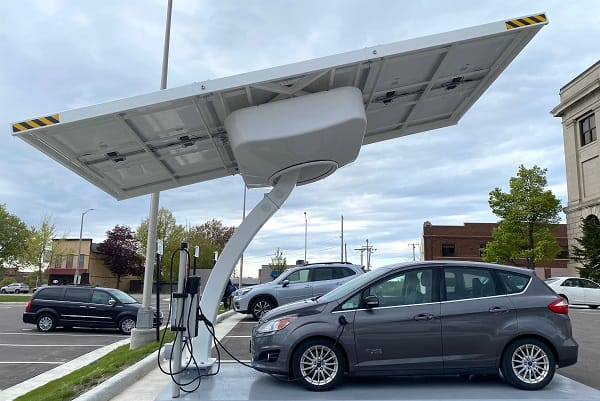 What is the difference between EVs and PHEVs?

Over the last few years, the automotive industry has been revolutionised by the arrival of the electric vehicle. Cars, vans and trucks of this sort look likely to represent the future of motoring. But they come in a wide variety of shapes and sizes, and it’s easy to be intimidated by the breadth of options. Let’s take a look at two of the more widely-discussed terms.

When you see the term ‘EV’, most of the time what’s being referred to is a battery-electric vehicle (you might also see the term ‘BEV’, the use of which can help to remove the ambiguity). These are cars which are powered entirely using a single large battery. This isn’t like the battery that gets the starter motor turning on a traditional internal-combustion-engine vehicle; it’s large and powerful enough to drive an electric vehicle over hundreds of miles.

A plug-in hybrid is a popular alternative to a fully-electric vehicle. You might think of this as two vehicles in one: there’s a traditional internal-combustion engine, which needs to be provided with fuel, and there’s a battery that must be charged by plugging it in to an appropriate outlet.

The battery on a plug-in hybrid is too large to be recharged by regenerative braking and engine inefficiency, in the same way as the battery on a standard hybrid might be. Plug-in hybrids tend to operate in ‘electric mode’ by placing restrictions on the power and performance of the engine.

What’s the advantages of each?

Range anxiety is one of the main considerations dissuading many drivers from making the switch to a fully electric car. Here, the plug-in hybrid offers an attractive compromise. Combined, the two sorts of propulsion can carry you further than an equivalently-priced BEV. Moreover, you’re less likely to be stranded, since you’ll always have the option of using a traditional filling station when there are no charging facilities available.

On the other hand, a fully electric vehicle will tend to be cleaner to run, which can have practical consequences as well as ethical ones. You’ll be more likely to be allowed into clean-air zones without paying a penalty – which might be a worthwhile consideration for motorists who frequently find themselves heading into city centres.

There’s also the running costs to think about. Electricity tends to be cheaper on a per-mile basis. Moreover, pure electric vehicles have fewer moving parts than their competitors, which tends to make them less likely to break down.

We should also think about the cost of insurance. If you’re asking yourself ‘is gap insurance worth it in the case of an electric vehicle?’, the answer is almost certainly going to be yes – especially if you’re buying new. It will protect you against depreciation – much of which occurs during the first few weeks of ownership.