CLICK HERE TO WATCH THE FULL VIDEO
Home Insights & Advice What are the different cryptocurrency types? 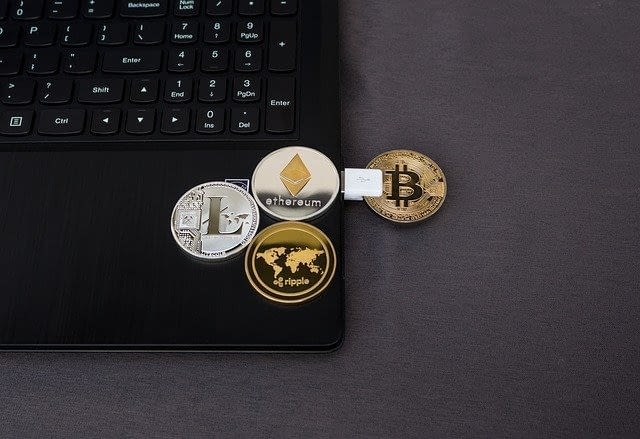 What are the different cryptocurrency types?

From 2011 onwards, the crypto market saw an explosion of new options thanks to competitors of bitcoin using blockchain technology to develop their own cryptocurrencies. And the sector shows no signs of slowing down – even today more and more new crypto assets are being released to the public. But what types of cryptocurrency are there? If you’re thinking of investing in crypto, it’s important to understand the basics. Here’s what you need to know.

There are two different categories that the vast majority of cryptocurrencies fall under:

Coins – These consist of crypto assets like Bitcoin and Ethereum that have their own blockchains. Their own native coins are used to pay transaction fees, and to compensate miners and users who verify the transactions.

Tokens – These are assets that own have their own blockchains and run on top of an existing blockchain such as Ethereum.

Before we go any further, you should know that terminology surrounding crypto is commonly used interchangeably. Although, they aren’t always used correctly and can sometimes have completely different meanings.

Do I mean tokens or coins?

Both tokens and coins are referred to as cryptocurrencies, even though they have functions that vary. In general, coins are developed on their own blockchain technology and serve the main purpose of acting as a traditional currency, but completely digital.

The main type is Bitcoin, but there are also various other types that are classed as crypto coins. These are typically referred to as altcoins, we’ll get to them in a second.

As outlined above, tokens aren’t built on newly created blockchain but rather ones that already exist. Furthermore, rather than being seen as a currency, they are viewed as programmable assets assisting in the creation and execution of certain smart contracts. The aim of these contracts is to allow ownership of assets not within the blockchain network.

These tokens can be sent or received and have a value per unit, similar to other items such as points, digital assets, money, and more. A great example of this would be BAT (Basic Attention Token), which uses the Ethereum blockchain for the purpose of digital advertising.

Originally, the term was called alternative to Bitcoin, now commonly referred to as altcoins. Many of these altcoins were designed and developed to enhance Bitcoin in different ways. Here are some of them below:

Similar to Bitcoin, other coins also have a limited supply. This is great for keeping demand and reducing any crazy fluctuations in falling value (more so than we typically see for crypto).

The majority of altcoins have the fundamental structure found in bitcoin and have certain features that are familiar, although, there are still distinct differences that make them desirable for investors.

For instance, certain altcoins are known for using better processes that help produce and validate transactions. Some even provide users with additional features such as the ability to use smart contracts or give them better assurances when it comes to price volatility.

Hopefully you now know your coin from your token! It’s essential you know the fundamentals before taking the plunge and invest in this potentially lucrative market. With more crypto assets being released to the public on an ongoing basis, it’s no surprise that more and more investors are staying ahead of the game by taking advantage of automated trading software such as crypto genisus.