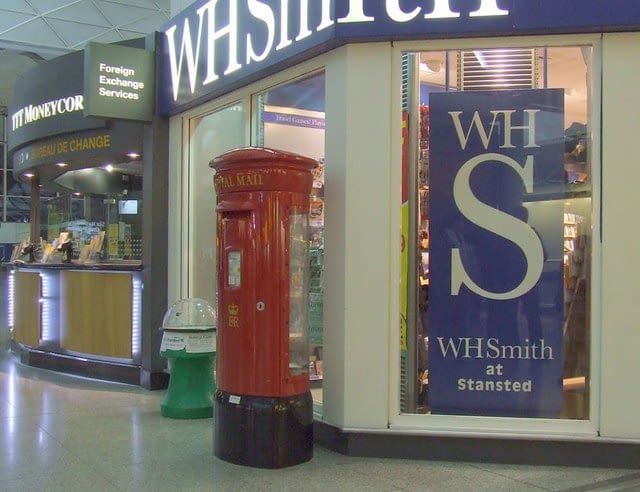 According to a Which? survey of 7,700 shoppers WH Smith has been ranked the worst High Street retailer for the second year.

The retailer was rated “very poor” for in store experience and value for money, the poll covered 100 retailers.

WH Smith said only 586 customers commented on their stores. A spokeswoman for WH Smith’s said, “This survey… is neither statistically relevant nor meaningful relative to our loyal customer base.

“Every week we serve three million customers in our 600 UK High Street stores and have maintained our presence on the high street where many other retailers are closing stores.”

The store chain’s satisfaction score was 50% and customers criticised the “cramped and messy” stores and on customer complained the staff were “unhelpful” and another customer said their local stor was “untidy and too small for comfort.”

Richard Hyman a retail analyst suggested that shareholders had pushed their focus on “short term returns” in the travel division.

Hyman said, “WH Smith understands that in travel locations where you need a different type of shop, it can still represent a good retail option

“But that is much less the case on the High Street where it has been bypassed by many of its rivals.”

Michelle Ovens, director of peakb said, “It is difficult enough for many high street traders in the uncertain climate without being given the label as the ‘worst’ around. WHSmith, which has taken that unfortunate crown in a Which? survey for the second year running, should not be vilified, but the general attitudes that have caused this result should be.

“It was picked on for poor value for money, service and in-store experience, which is also apparent in runners-up such as Sports Direct and Homebase.

“Perhaps it’s time the high street giants took their lessons from small businesses, who put customer experience at the top of their priority list. They engage with consumers in a way many larger chains do not, because they rely on that community relationship to survive and thrive.

“There may have been a time that businesses could get away with poor customer service, but with thriving independent retailers sparking the revival of high streets across the country, perhaps it’s time the attitudes of larger retailers were regenerated too, to avoid being left in the spotlight like this.”