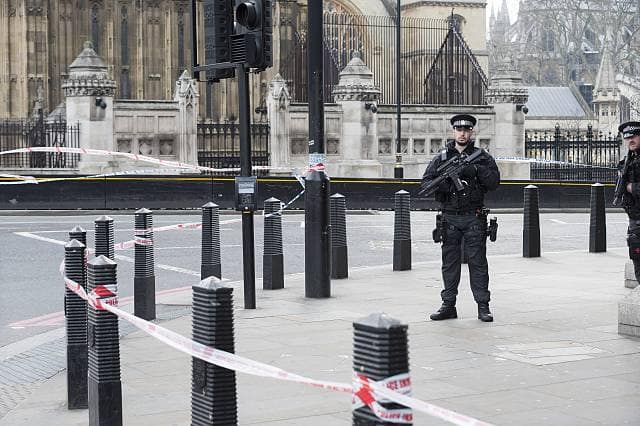 Anti-terror police have searched a flat in London’s Olympic Village as part of the investigation into the Westminster terror attack which took place on Wednesday afternoon.

The tenant of the flat in Stratford is believed to have lived with killer Khalid Masood in the past at an address in Forest Gate.

The search came about as more details emerged on Masoods past. He was born as Adrian Elms, he then converted to Islam after a life of crime. He was jailed in 2003 for stabbing a man in the face.

According to The Sun, he spent his last night in a hotel in Brighton. After this he drove a rented vehicle into pedestrians on Westminster Bridge. Shortly after, he stabbed PC Keith Palmer outside Parliament.

One Stratford resident spoke of the raid which took place: “I was leaving my flat about this morning and there was already police going into the building. There was an ambulance and a rescue team. I thought maybe it was domestic or something.”

“But then on the way home there was two more people going into the building. I didn’t expect it to be so serious.”

The nations mourning will continue today, candle lit vigils are being held in Birmingham and London.

Last night, a mass vigil took place in Trafalgar Square where thousands came to pay their respects, including Mayor of London, Sadiq Khan.

Khan said, everyone should join together in memory of those who have lost their lives and “to show the world that we are more committed than ever to the values that we hold dear – that we remain united and open”.