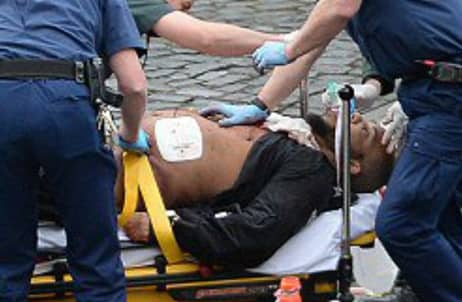 An inquest has heard that the Westminster terror attacker, Khalid Masood, 52 died from a single gunshot wound to the chest.

Westminster coroner’s court heard today that Masood who lived in Birmingham and drove his Hyundai 4×4 car at innocent pedestrians on Westminster Bridge, killing three people was shot in the chest and died from a single gunshot wound.

He then crashed his car in to railings, he then ran into to the grounds of Parliament with two knives’ and stabbed to death PC Keith Palmer as he tried to stop entering the grounds. The whole terror attack lasted only 82 seconds.

Senior coroner Dr Fiona Wilcox has adjourned the inquest until May said: “I take a moment to pass my sympathies to the family of Masood, who are also all victims of this incident.”