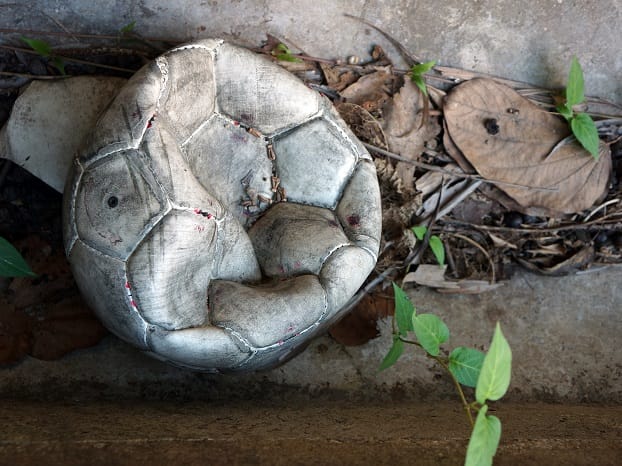 We must BOYCOTT the Qatar World Cup, here are 5 compelling reasons

The plight of workers in Qatar exposed

Qatar has been insistent that everything is hunky dory in Doha. It’s claimed that no workers have died during the ongoing construction of the Khalifa stadium in the Qatari capital.

In response to a graph we made revealing the shocking extent of the Qatar World Cup deaths, Qatar wrote to us saying that “no workers have died on Qatar World Cup projects”.

Officials have dismissed all allegations that worker rights are being abused including a 2013 report from International Trade Union Confederation (ITUC) which revealed that 1,200 workers had died in the country.

Qatar claimed that this report was inaccurate as it included figures of all construction deaths in Qatar as opposed to migrant builders working specifically on the stadium.

Now an explosive report by Amnesty International claims that widespread abuse of migrant workers in Qatar.

So why should you boycott Qatar?

The report alleges that migrant labourers faced abuse while working on the Khalifa stadium that will host football matches for the 2022 World Cup in Qatar.

Amnesty International interviewed 132 contractors working on the stadium in Doha and a further 102 landscapers who work in the Aspire Zone sports complex in the vicinity. Shockingly, all interviewees reported some kind of human right abuse.

The international body confirmed that the mistreatment claims are confined to the World Cup stadium site. This will be a major blow for which has been downplaying the deaths as migrant labourers make up more than 90% of Qatar’s 2.1 million population.

Amnesty International’s director general, Salil Shetty, said: “The abuse of migrant workers is a stain on the conscience of world football. For players and fans, a World Cup stadium is a place of dreams. For some of the workers who spoke to us, it can feel like a living nightmare.

“Indebted, living in squalid camps in the desert, paid a pittance, the lot of migrant workers contrasts sharply to that of the top-flight footballers who will play in the stadium. All workers want are their rights: to be paid on time, leave the country if need be and be treated with dignity and respect.”

In an interview last year with Amnesty, a metalworker said: “My life here is like a prison. The work is difficult, we worked for many hours in the hot sun. When I first complained about my situation, soon after arriving in Qatar, the manager said, ‘If you want to complain you can, but there will be consequences. If you want to stay in Qatar, be quiet and keep working.’ Now I am forced to stay in Qatar and continue working.”

Claims within the report include migrant workers being forced to live in squalid accommodation. Some workers reported that they were strong-armed into paying exorbitant huge recruitment fees and had their wages withheld too.

It’s illegal to retain passports in Qatar yet interviewees told Amnesty that workers have had their passport withheld.

Amnesty’s report found that the vast majority of workers claimed that they have had their passports confiscated. A total of 88 said they had been denied the right to leave Qatar.

During the course of the interviews, many workers reported their wages being paid three or four months in arrears. Also, Amnesty claims that there was evidence that some workers “appear to have been subjected to forced labour”.

A metal worker told Amnesty: “He just shouted abuse at me and said that if I complained again I’d never leave the country.

“Ever since, I have been careful not to complain about my salary or anything else,” the man said. “Of course, if I could, I would change jobs or leave Qatar.”

5. Lack of response from Fifa

Amnesty International has hit out at Fifa for its cold shoulder to human right abuses.

Shetty said: “Despite five years of promises, Fifa has failed almost completely to stop the World Cup being built on human rights abuses.”

The report also slammed the government for not taking the allegations seriously.

The report read: “The government’s response raises serious questions about Qatar’s willingness to protect the hundreds of thousands of migrant workers living in the country. If abuse on a flagship World Cup project does not merit investigation and action, it is unlikely abuses that do not attract the international spotlight will be dealt with in an effective manner.”

Take a look at the full report here.