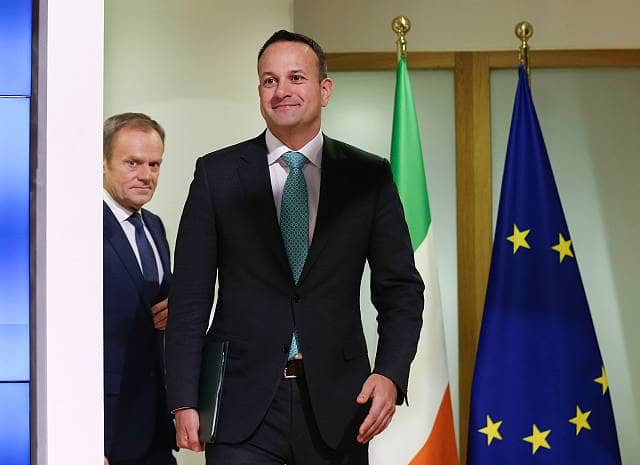 Varadkar says everyone ‘should be afraid of a no-deal Brexit’

The Irish Taoiseach Leo Varadkar has said everyone, both in Ireland and the UK should be afraid of a no-deal Brexit on Thursday.

However, Arlene Foster the DUP leader said Varadkar needs to “dial the rhetoric.”

He rejected the idea that he is engaging in a “project fear” style rhetoric.

Foster said, “He needs to dial down the rhetoric, he needs to recognise the mandate of the prime minister and he needs to engage.

“He needs to get engaged and he needs to find a way forward.”

Speaking in Kilkenny on Thursday Varadkar said, “In terms of engagement, I have never refused a meeting request from the DUP and never refused a phone call from Arlene either, and she has my number.

“I wouldn’t accept that criticism at all. What I would point out though that when it comes to negotiations on Brexit, they happen between the European Union, including Ireland on the one hand and the UK government on the other.

“In terms of fear, I think we should be afraid of a no-deal Brexit.

“No political party is involved in these negotiations, they are inter-governmental by nature, and I have spoken to the new prime minister by phone and I have invited him to come to Dublin to talk about these matters some more without any preconditions, so that’s really an invitation for him to decide on.

“A no-deal Brexit would have very serious impacts on the economy, north and south, and on Britain. It could have security implications as well and it could have constitutional implications.

“It’s something that we have to prepare for, nonetheless. It is something we should be afraid about.”