Home Business News US markets open down with trading halted 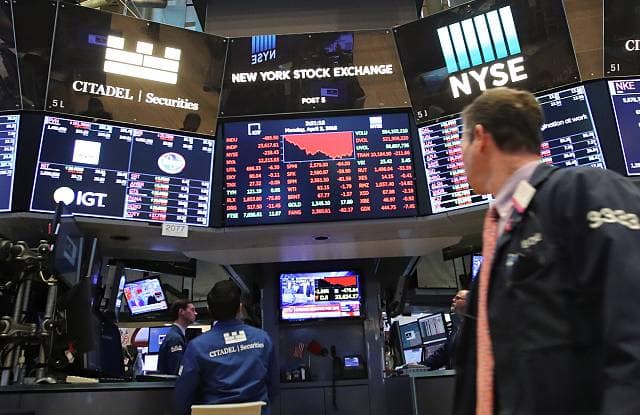 US markets open down with trading halted

America’s central bank, the Federal Reserve, cut their benchmark interest rate to near zero overnight. The Fed said they will expand their balance sheet by at least $700bn, to help stabilise market confidence.

On Monday morning the FTSE 100 plummeted as airlines are cancelling many routes whilst IAG has lost almost 30% within minutes.

Upon opening the FTSE lost 5.3% being its lowest level since October 2011, Asian morning trade, Japan’s benchmark Nikkei 225 was down by 0.2%, Hong Kong’s Hang Seng was 2.2% lower, and the Shanghai Composite in China lost 0.5%.

“After tonight’s measures, the Fed’s monetary ammunition is all but spent; all that is left is expanding QE, negative rates, or the nuclear option of direct currency intervention. Neither of these options are appealing: the best hope for the global economy now are fiscal and public health policy.

“The last time these measures of this scope were implemented was in 2008 after the financial crisis, but back then they were introduced over the course of months, not all in one night just prior to Asian markets opening. These are the actions of a central bank that believes it must act quickly and decisively facing a crisis of historic proportions.

“After today’s measures from the Fed, global central banks are at the absolute limit of their ability to mitigate the impact of the virus on the real economy.

“The ECB, for instance, all but conceded defeat and begged for fiscal assistance at last week’s press conference. Some smaller central banks will be able to begin asset purchases as the shock worsens, and the Fed could expand QE or commence open ended purchases. But these measures may pale in comparison to the sheer unprecedented scale and duration of the virus threat.”