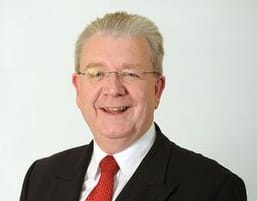 UK should remain in single market and customs union

The Prime Minister must urgently commit to keeping the UK in the European single market and customs union – in both the short and long-term.

That is the call from Michael Russell, Minister for UK Negotiations on Scotland’s Place in Europe, in advance of a speech by the Prime Minister in Florence tomorrow. He warned ‘the clock is ticking’ and businesses need urgent clarity on the transition the UK is seeking, and the final destination, in order to protect jobs and living standards.

“We believe the best position for Scotland and the UK is to remain in the EU – as the overwhelming majority of people in Scotland want. Failing that, the Prime Minister must commit to keeping the UK in the single market – the world’s most lucrative market-place – and the customs union.

“With just over 12 months left to agree the terms of the UK’s exit from the EU, time is critical. The framework for a new relationship still needs to be negotiated and concluded, while companies and public services are finding it increasingly difficult to retain and employ EU workers. The clock is ticking and it is at one minute to midnight.

“We need a transition plan that maintains the UK’s place in the single market and customs union ahead of longer-term European Economic Area and customs union membership. As our published proposals make clear, we believe such a framework is feasible and could be agreed in coming negotiating rounds.

“Last December, the Scottish Government set out a proposal for the UK to remain within the single market and  to that end to engage in negotiations to  secure continued membership of the EEA. This will ensure business, and citizens, can be confident that they will not face a ‘cliff edge’ exit from the EU in March 2019, and can plan for the long-term.”