Home Business News UK employees could save an average of £1,188 a month by working from Georgia 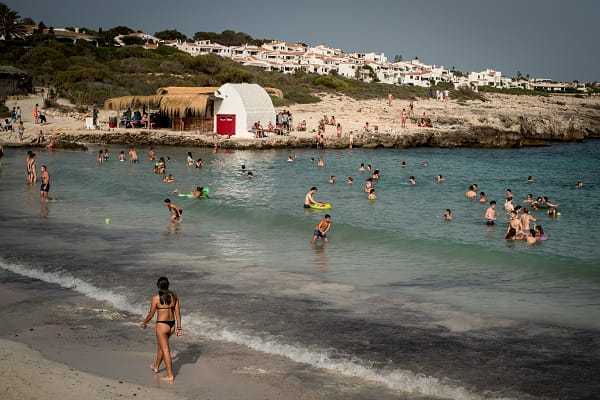 UK employees could save an average of £1,188 a month by working from Georgia

With the cost of living rising significantly in recent months, Brits are utilising a plethora of money saving methods, with new research revealing that some may even be tempted to head overseas in order to save money on their day to day.

The study, from online printing specialists instantprint, quizzed 2,000 UK workers and found that nearly half of the nation’s workforce are eager to pack up their laptop and head to the nearest airport, with a quarter (26%) admitting the potential savings that can be made by working from another country are a huge draw for wanting to work from abroad.

Perhaps these concerns are more understandable when you consider the average cost of living for a single person in the UK has been estimated at around £2,005 per month in 2022.

Other key reasons UK employees might consider a “workcation” included the potential benefits to their mental health, with this being cited as the overwhelming reason for wanting to do so amongst 35–44-year old’s (49%).

Money and wellbeing aside, the overarching reason given by Brits for wanting to work whilst away from home, was due to their shared love of travel (46%).

More than a fifth of Brits (22%) even believe working from another country would help to boost their productivity levels. Just one in ten (10%) admitted they did not believe they would be as productive when working away from home in another country.

Following the results of their survey, the online printing specialists were eager to learn more about which countries are best for digital nomads, comparing key data on average living costs, internet speed, cost of initial visa and initial length of stay permitted, as well as crime rates, for 26 countries across the globe to create their table of rankings.

Georgia was crowned the best country for UK employees considering a “workcation”, according to the findings.

Despite its low median internet speed of just 19.68MBps, Georgia boasts a free initial visa offering a 12-month initial stay, a low crime rate score of just 23.3, as well as a low average cost of living of just £817.11 per month. These factors secured the top spot for Georgia, scoring 80.5 points out of a possible 120.

For those looking to save some cash by moving abroad whilst still working within their current role, Georgia certainly won’t disappoint, as according to the research, the average cost of living within the UK is 145.37% higher than it is in Georgia.

Whilst some countries may make for dream holiday destinations, for those looking to work away from the doom and gloom of the daily grind, sadly they may not be as well suited.

Topping the list of the worst countries for UK employees looking to work remotely is the Bahamas which scored just 27.5 points out of 120.

Despite being an idyllic place to visit thanks to their white sandy beaches and crystal blue seas, the Bahamas’ average cost of living was an eyewatering £1,757.54 per person, per month.

When comparing all countries within the top 10, Romania offers the biggest savings when it comes to cost of living thanks to its significantly low average living costs of just £383 per person, making it £1,619 cheaper (-81%) than the UK.

Laura Mucklow, Head of instantprint said, “The UK has certainly seen a big shake up in the corporate world following the pandemic, and we wholeheartedly welcome the more flexible approach to a work-life balance being adopted by many businesses. If you’re one of the lucky few whose company is happy for them to work from somewhere outside of their home location, there is certainly plenty to think about before you jet off, laptop in tow.

“As our study has highlighted, before you get your heart set on working from a certain country outside of the UK, there is a huge amount to consider both in terms of whether the place you’d like to travel to can really provide everything you need to work efficiently, so doing some in depth research beforehand is advisable.”