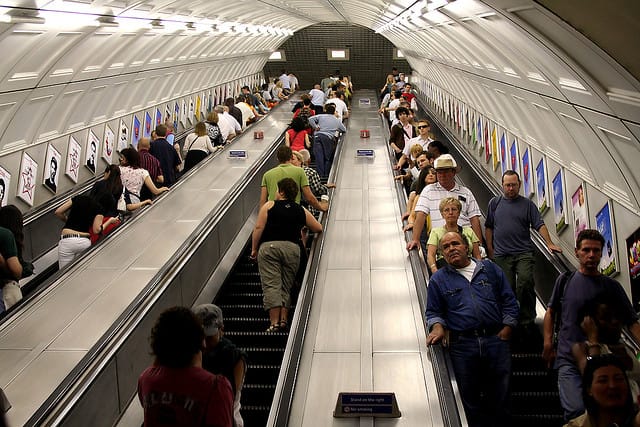 Tube enjoys "stonking year" as journey numbers up and delays down

According to new figures released today, the lost customer hours have decreased by 20% since last year and delays have gone down 56% since 2003.

Last year, Tube journeys jumped by 5% to a record 1.2 billion and passenger numbers rose by 15%.

The London Overground saw 125 million journeys, a rise of 22% from the previous year and the DLR registered 100 million passenger journeys on the DLR, a year-on-year rise of 16.2%.

Mayor Boris Johnson said: “It has been another stonking year for London and the Tube network which has enabled the capital to showcase itself to the world. With London due to grow by a city the size of Birmingham over the next decade it is imperative that we continue to see the sustained investment in our transport network.”

Jubilee Line to shut for 30 days over next two years

Millions of fliers relieved as charges lowered at Heathrow & Gatwick