Home Business NewsBusiness This is how London workers quit their jobs 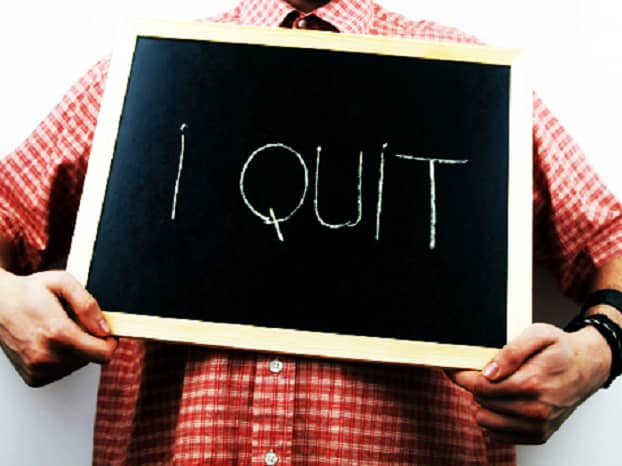 This is how London workers quit their jobs

Quitting your job can be a big decision to make and it’s no wonder that the latest research from the UK’s leading independent job board, CV-Library, has found that two thirds (67.8 per cent) of workers in London find it a difficult thing to do, with a further 43.6 per cent stating that they felt nervous about quitting.

The survey of 1,000 UK workers found that nearly two thirds (63.9 per cent) of professionals in the capital have quit a job in the past. In addition, the study asked Londoners how they would go about telling their boss that they were quitting, finding that over one in 10 (13.9 per cent) would do so via email, higher than any other UK city. Respondents also cited the following:

Despite an increasing number of workers in London wanting to quit their job, the majority (85.2 per cent) have never been taught the correct process for leaving. Worse still, 89.4 per cent of the nation as a whole make it well into their working lives (those aged over 25), still not knowing how to quit.

Furthermore, when asked why they chose to quit their job, over half of Londoners (54.2 per cent) said a better opportunity came along and 12.7 per cent admitted that they didn’t get along with their boss. A further 9 per cent said they quit to take some time out or go travelling.

Lee Biggins, founder and managing director of CV-Library, comments:“Quitting a job can be uncomfortable, even if you’re leaving on good terms. It’s clear that many Londoners have not received the right guidance or education when it comes to this very important part of working life. That said, it’s positive to learn that despite being nervous, the majority of workers would arrange to meet their boss in person to discuss their departure. However, it’s concerning that so many professionals in the capital would still prefer to take an easier way out, quitting via email or phone.

“It’s important to remember that when leaving a job you don’t want to burn your bridges, especially as you may need a reference in the future. Although it can be daunting, it’s important to remain professional at all times, and where possible, meet with your boss in person to discuss your departure. If you’re experiencing problems or don’t know how to go about leaving, try to speak with your manager or someone in the HR department – you may find it makes you feel more at ease so you can leave on good terms!”