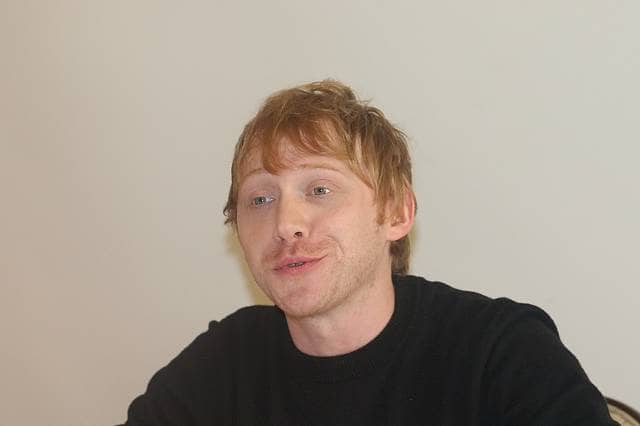 Internationally renowned actor Rupert Grint, who became a household name as Ron Weasley in Harry Potter films, has told Radio Times magazine: ‘I actually don’t know how much I have. I couldn’t even really guess.

‘It doesn’t really motivate me too much. It makes you comfortable, that’s the good thing about it, I think. I’m glad it’s there but I’m not really that focused on it.’

The 30-year-old actor, who found fame at the age of 11, also admits: ‘I struggle to remember life before it. It was a weird time and it has taken me a long while to process.

‘I’ve never really been super-ambitious. I think there’s always been something in me, particularly when I finished Potter, that wants to prove myself, but I’m also naturally quite an insecure person.’

This Christmas, Grint will be starring in Agatha Christie’s The ABC Murders on BBC One.