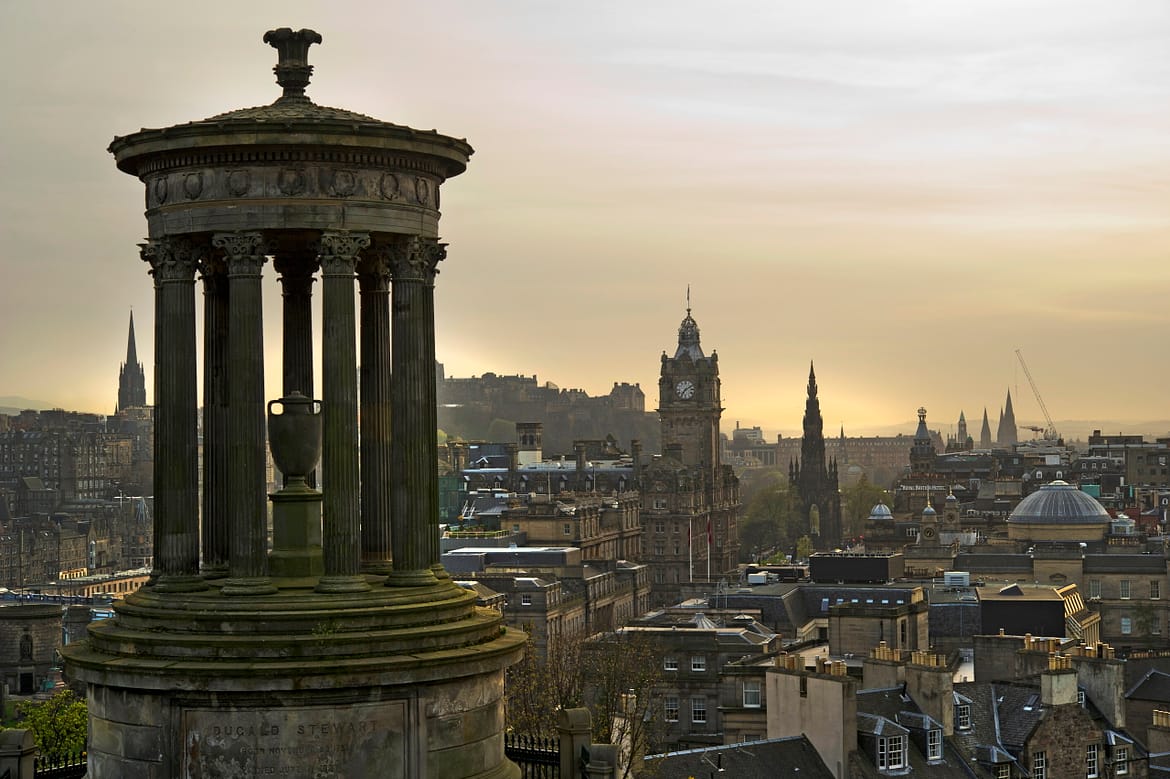 Edinburgh is the UK’s most attractive city to live and work in, according to a new study commissioned by Royal Mail.

On several measures, the Scottish capital has the edge on other economically significant UK cities. It wins on education and performs well on job opportunities, business community, earnings and access to green space (forming 28% of the city). Earnings in Edinburgh are second only to London (£578 average per week). The city also has the second highest number of start-ups, whilst office space costs are about half that of London. Edinburgh’s employment rate is strong at 70.8 per cent and access to education takes first place.

Edinburgh Council Leader, Adam McVey, said: “It is welcome news that Edinburgh is yet again receiving recognition as the UK’s top city to live and work in. The facts demonstrating the city’s attributes are plentiful and our own statistics in Edinburgh by Numbers show that Edinburgh is a vibrant capital city with a diverse economy, an increasing population with strong investment potential.”

Mallzee CEO and Founder, Cally Russell, said: “Edinburgh is a fantastic city to live and work in. The city is home to many successful businesses and has strong transport links connecting residents to the rest of the UK. Edinburgh combines the benefits of a metropolitan city with easy access to the outdoors and beautiful Scottish scenery. A big part of the growing appeal of Edinburgh is the thriving start-up scene and the community being built around this sector.”

London achieves strong scores on earnings (average £697 per week) and employment levels (73.7%). It also has good access to education and strong levels of business activity compared with other locations, whilst housing affordability and office costs are the highest in the UK.

With an employment rate of 77.3 per cent, Bristol is the top ranking UK city for job opportunities. This is 3.6 percentage points higher than London. Bristol also has 56.6 start-ups per 10,000 people and average earnings of £525 per week. With 1.7 GPs per 1,000 people, it also scores well on access to healthcare.

Newcastle and Gateshead rank top for cultural services, with 10.7 theatres and 68.6 libraries per million people. Housing and office space are also affordable with the average home costing 5.4 times the average annual income, the third cheapest of the twelve cities. The city has a strong ratio of number of GPs to the size of the population. Per 1,000 people, there are 1.6 GPs, giving a ranking of third place on that measure.

Manchester has the second best access to green space out of the twelve cities at 32 per cent. The city also has a relatively strong business community with the third highest number of start-ups per capita of the cities considered. However, Manchester ranks low in terms of earnings with the average weekly pay being £500, compared to £697 in London and £578 in Edinburgh.

Glasgow places first for share of the city which is green space, at 35 per cent. Ranking third for rich cultural services, Glasgow has 7.1 theatres and 60.2 libraries per million people. Access to education in Glasgow is also strong with 47.2 per cent of the working age population qualified above A-level equivalent.

Leeds has the best access to healthcare among the UK’s most economically significant cities, with 1.8 GPs per 1,000 people. Leeds also scores well in terms of earnings. The city has the third highest average weekly wage at £526 and does well in terms of job opportunities with an employment rate of 73.3 per cent.

Cardiff performs well in terms of business community with 50.4 start-ups per 10,000 people and 16.8 patent applications per 100,000 people. The Welsh capital is also strong on access to education, earnings, and affordability of office space.

Sheffield has some of the most affordable office space of the twelve cities studied, behind only Liverpool and Belfast at £12.25 per square foot. With 32 per cent green urban or natural land, Sheffield also has the third highest level of access to green space.

Liverpool tops the league of the most economically significant UK cities when it comes to housing and office space affordability. At 4.5 times the average annual income, homes are much more affordable than in London where the ratio is 13.5.

Belfast comes in second on the affordability measures for space and housing. The average cost of renting Grade B office space in the city is £12.00 per square foot, and the average house price is equivalent to five years of wages.

Birmingham is the UK’s second most populous city and makes the third largest contribution to GDP. With 2.5 million inhabitants, Birmingham attracted the most London residents in the year to June 2016. It does well in terms of affordable office space with the average cost of renting Grade B office space £15.50 per square foot.

Royal Mail spokesperson, David Gold, said “This new research from Royal Mail shows there is hot competition among the UK’s leading cities to be the most attractive location for people to live and work in. Edinburgh has the edge on other economically significant UK cities. Bristol also performs well in categories including job opportunities, healthcare, business community and culture.”