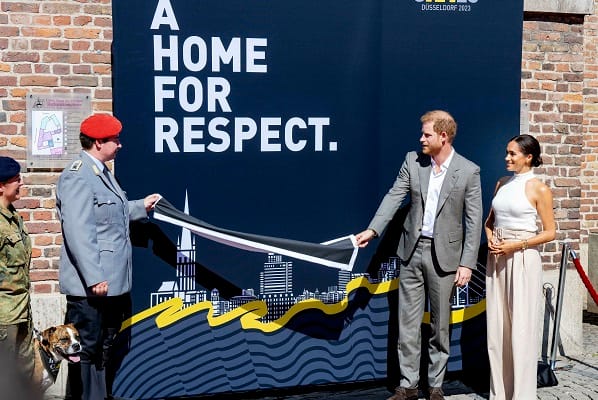 Former admiral of the Royal Navy and First Sea Lord, who also served as a security advisor to the former Prime Minister Gordon Brown has given some grave warnings over Prince Harry’s comments that he killed 25 Taliban in Afghanistan.

Admiral Lord West called Prince Harry “very stupid” for revealing such details and warned “the Invictus Games” which are due to be held in “Dusseldorf, Germany this year will now have “serious security issues” because it is directly connected to the Duke of Sussex.

The former security advisor warned that “in Islamic State and other terrorist organisations” they will be thinking that they “will want to do something.”

Admiral Lord West told the Sunday Mirror, “The Invictus Games is very much labelled to him and so I would have thought the threat level there will definitely be higher.

“There will be serious security issues because of what he said. Measures will have to be put in place to protect the veterans.

“And there will be people who, given half the chance, will want to do something.”

He added, “The Taliban will be reading (Harry’s claims about killing fighters and) thinking there’s this prince calling us all chess pieces and is quite happy about killing us.

“And there will be a lot of people, I am sure, in Islamic State and other terrorist organisations, who will think this is something which should be avenged.”