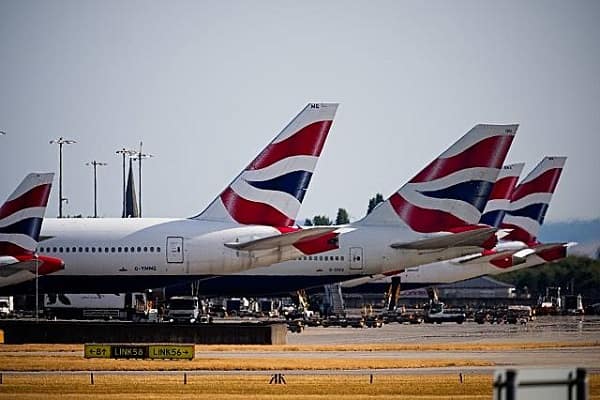 The last few years has been difficult for the business world, and even though many industries are still struggling after the pandemic through staff shortages or changes in customer behaviour, some are booming once more.

Take a look at some of the key sectors that are mega busy again.

One of London Gatwick airport’s two terminals sat empty for nearly two years as travellers stayed at home and the tourism industry struggled for survival.

The shutters were down at shops, cafes and restaurants, boarding gates and baggage carousels were closed, and motion-sensitive lights were faintly glowing to break up the dark in the mothballed South Terminal.

The space was used for police training exercises, and many of the planes were left on the tarmac indefinitely, their engines packaged in covers to protect them.

However, after two years of contingency planning, passengers are returning so fast that the industry is at a loss for what to do with them.

According to an FT analysis of data collected by a London consulting firm, the number of scheduled flights has recovered to 91% of 2019 levels this month, after falling to just a 1/3 in April 2020.

The “reawakening” comes as border restrictions relax across much of the world, causing airports and airlines to scramble to ramp up operational processes, rehire staff, and get planes back in the air.

With that being said, airports are struggling to cope with the renewed demand, with many staff having left the profession.

The lockdowns over the past 24 months may have had a detrimental effect on the capital’s bricks-and-mortar casinos, yet the industry boasts that it had an influx of new players to online casinos during the pandemic.

With life slowly returning to normal, casinos like The Hippodrome and The Empire are reporting higher footfall in the first six months of 2022 than the previous two years combined.

These are just two of the many booming London casinos where you can play traditional games like blackjack, roulette, and slots, but also enjoy Texas Holdem poker.

London’s hospitality sector is coming back slowly but surely, and with casinos offering high-quality food, an array of cocktails and drinks, they are no exception.

Toy sales have not suffered the drop that other industries have seen as a result of children spending large chunks of 2020 and 2021 at home.

For example, toy sales in the United States increased by 16% in the first six months of 2020. Games and puzzles were the most popular, accounting for 37% of the market, but recreational toys, construction sets, and arts & crafts kits were also popular.

Toymaker Hornby, which produces its iconic model railway sets and also owns the toy car brands Corgi and Scalextric, saw a 33 per cent growth rate during this period. Because of online shopping, more than a 1/3 of Hornby’s revenue came from outside of the UK, and the previously bankrupt company returned to profitability. And the boom appears to be continuing.

Live shows, stage shows, and the theatre ceased during recent lockdowns, and it has been a tough period for London Theatres, the West End included.

Bouncing back stronger than ever, though, Theatreland is again booming with visitors, and this couldn’t have come soon enough for both performers and audience members.

Two years of cancelled performances hit the industry harder than others, and there was a time when venues were thinking about closing their doors for good because of the lack of footfall and revenue.

But with new shows including Pretty Woman, Back to the Future, 101 Dalmatians, and Mrs Doubtfire all set to be box office smashes in 2022, it looks like Shakespeare was right, All the world’s a stage, and a pretty good one at that!

It’s great to see London’s business sectors booming again after two long, arduous years of dread and uncertainty. Some sectors are still struggling with restaurants, pubs and bars trying to get back to some kind of normality but experiencing some staffing issues.

Some 24 months of business closures have certainly played their parts in the current economic status, but with the worst of it behind us, there’s definitely light at the end of the tunnel for businesses in London and indeed across the UK.