Home Lifestyle NewsFood & Drink News The government seems to hate beer. Here's how it can prove me wrong 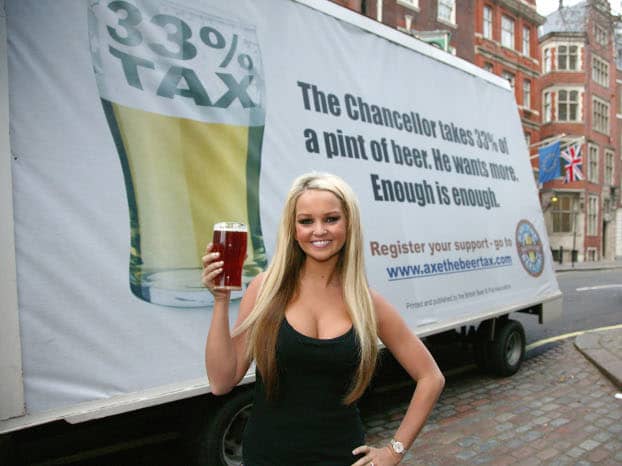 The government seems to hate beer. Here's how it can prove me wrong

At official functions you’ll find Chilean wine, but never any honest British beer or cider. It’s got Pete Brown tearing his hair out

Petitions are funny things. Some people get very excited and self-righteous about them. Others get incredibly annoyed by them, insisting they carry no power and therefore refusing to sign them, ultimately proving their own point to themselves.

From a certain remove, petitions tell us a lot about what’s concerning us as a nation. We care passionately about fuel prices, and about VAT on Cornish Pasties. We felt that last year’s London rioters should have their benefits stopped. We want the NHS to be protected, and we didn’t want Virgin’s West Coast franchise going to First without a fight.

The various U-turns and climb-downs prompted by petitions on these issues should prove to the cynics that a little electronic signature carries more power than you might think, if it’s collected together with many others in a short enough space of time.

But it seems we don’t care about beer and pubs as much as we do cheap pasties.  Last month, the e-petition calling for an end to the Duty Escalator that has added 42% duty to beer in the last four years, and means that, although we drink 13% of all the beer in Europe, we pay 40% of all the beer duty in Europe, finally crawled past the 100,000 signatures it needed to trigger a parliamentary debate. The warnings voiced by the industry back in 2008, and publicised by a campaign fronted by the photogenic soap-starlet Jennifer Ellison (pictured above), proved to be entirely correct.

That debate happened on 1st November, and the 100 MPs present called unanimously for the Treasury to review the Duty Escalator.

The Treasury responded immediately that it would do no such thing.

What’s the difference between the beer duty petition and the pasty petition? It took over seven months to scrape together the 100,000 signatures on the beer petition, whereas it took a couple of weeks for the pasty tax petition to get half a million. The government knows that there isn’t a widespread popular outcry against the beer Duty Escalator because, partly thanks to the lies being told by some health professionals and the mainstream media about the fictitious binge drinking epidemic, we accept beer duty as a ‘sin tax’ and believe we don’t really have a valid case to protest against it.

“How about just displaying the slightest evidence that you give a damn?”

Which is rubbish, of course. Beer drunk in moderation is just about the least damaging alcohol you can drink. It’s lower in alcohol than wine or spirits. The curve of inebriation is slow and gentle.  And as I’ve argued in this column more than once, any detrimental effects to society are hugely outweighed by the bonding, relaxation, camaraderie and social lubrication that beer gives the vast majority of responsible drinkers, as well as the community hubs and social cohesion that pubs provide.

That’s why successive Governments pay lip service to helping beer and pubs. After protesting that axing the escalator would cost the Treasury £35 million (a figures that has been disputed), treasury minister Sajid Javid said he would ‘make sure the Government does even more to help the pubs and brewing industry’.

Well here’s an idea that wouldn’t cost the Treasury a thing, and would do an enormous amount to help beer and pubs and the thousands of jobs that depend on them.

How about simply acting in a way that suggests you’re proud of British beer and pubs?  How about just displaying the slightest evidence that you give a damn?

Shortly afterwards, beer sommelier Jane Peyton attended a government function hosted by the deputy Prime Minister where drinks were served.  Jane observed that there was no beer of any description on offer, and that the wine being served was Chilean.

As Jane says, could you imagine guests at a government function in France being served Italian wine?

“Look at France with wine or Scotland with whisky and compare the pride, recognition, and support the French government and Scottish parliament give to their national drinks,” she wrote afterwards. “Germany, Belgium and the Czech Republic are major beer brewing nations where governments recognise the trade and tourism potential of their national drink. Surely beer and pubs deserve the same from Britain’s national government?”

This echoes a conversation I had a few years ago with a licensing minister from the last government.  On being introduced to me at a function, he said, “What can we do as a government to help this great industry of ours? Apart from axing the duty escalator, obviously, we’re never going to do that.” (The escalator is not a party political issue – Labour introduced it and the Tories love it just as much!)

“What drinks do you serve at government functions?” I asked him.

“Ah,” he said.  And then he spotted someone he really needed to talk to on the other side of the room.

It’s not as if British beer is any less highly regarded around the world than Czech lager or Belgian Abbey ales. And it’s not as if its insignificant to the economy – the British Beer and Pub Association estimates that a million jobs depend directly or indirectly on brewing and pubs. Brewing is a manufacturing industry, and we keep telling each other that we don’t have any of those left any more. Er… we do actually, and it’s a world leader at what it does.

Which is why Peyton launched yet another petition.

This may seem crushingly pointless after what happened with the last one, but the simplicity of it is really quite brilliant. It just calls on the government to recognise how special British beer is, and to showcases it at government functions, state dinners and trade delegations.

You know, instead of Chilean wine or bland, pseudo-imported lager.

Like a real country would if it were proud of what it was good at.

There’s no big financial cost to this. It’s simply a question of doing what governments do. You say you support the industry. Well go on then, Dave: let’s see this support in action.

Pete Brown is one of the UK’s leading beer writers, working across business and consumer press. He’s the author of several best-selling books and blogs at petebrown.blogspot.com.He was recently named joint-37th most influential person in the British pub industry – a claim he strenuously denies.

You need to read