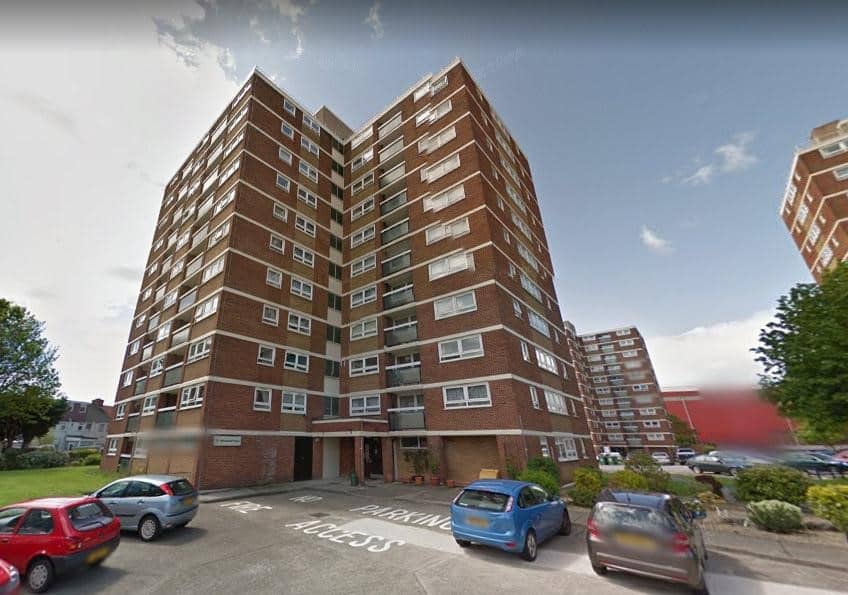 London is one of the biggest stars of the small screen. It’s the setting of some of the world’s biggest shows and welcomes thousands of tourists every year to get a glimpse of Luther’s house or Will McKenzie’s high school, although we certainly don’t recommend hanging around there too long.

Right across the capital you’ll find recognisable locations that has seen huge stars laugh, cry and most likely get punched in the face. But what are London’s most famous TV tourist trails?

Millions of viewers watch British TV programmes and Luther is considered one of the best. It’s a hit worldwide and one of Britain’s biggest dramas, with the BBC show one of Netflix’s biggest hits and one of the most streamed shows on the web.

You’ll find locations across North and East London, with the majority of locations in Shoreditch and Hackney.

Other locations include the Cranbrook Estate in Bethnal Green and the Barbican Estate in Elephant and Castle, while the likes of Waterloo Station also earn some screen time.

Peep Show is one of Britain’s most iconic comedies and for nine series followed the lives of Mark (David Mitchell) and Jez (Robert Webb).

Many comedy fans have spotted parts of London in the show and there are a few interesting tales with it.

Set in East Croydon, the flat scenes were originally shot in a real Croydon flat before moving to a studio following the second series because the owner refused any more filming to take place.

The exterior of the flat is hugely recognisable to fans and can also be found in Croydon, with Zodiac Court where the ‘El Dude Brothers’ lived. Other locations that were popular with the show include the former Passing Clouds pub on Kingsland Road and the Oval Tavern in Croydon.

Mark and Sophie’s famous wedding was shot at St Mary’s Church in Hanwell, if you really want to relive one of the show’s most iconic scenes.

The Inbetweeners is another popular Channel 4 comedy that has grown cult status, with many fans looking for a glimpse of the estate the boys grew up on and, of course, Rudge Park Comprehensive.

The school is indeed a real school, just a couple of miles from Wembley. Ruislip High School in Hillingdon is where Will, Jay, Simon and Neil took classes, and learned some valuable life lessons, while the estate is a little further out in Abbots Langley, between Watford and Hemel Hempstead.

Here you can find Will’s house on Whitley Close, while Neil’s is located on Edinburgh Drive. Of course, you can also head to Thorpe Park to ride the Nemesis Inferno too.

Sherlock Holmes is famous for his home on Baker Street, but Benedict Cumberbatch’s Baker Street home can actually be found on North Gower St, just a stone’s throw from Euston Station.

He occupies number 187 on that road, while you’ll also find a number of other locations in London, including St Bartholomew’s Hospital, where Sherlock famously jumped from the roof.

Unfortunately for many Sherlock fans who visit London, much of the series is actually filmed in Cardiff, with the likes of the Castle, the National Museum and the Bay area posing as old London.

Only Fools and Horses

If there’s one show that defines London, it’s Only Fools and Horses. Arguably Britain’s greatest ever sitcom, you’ll find a number of locations across the capital which have featured in the John Sullivan masterpiece.

Harlech Towers in Acton posed as Nelson Mandela House, with some fans even urging for a statue to be built outside it, while you’ll also find a number of other famous locations across the city.

Sotheby’s, where Del and Rodney became millionaires can be found on New Bond Street, while you’ll find one of the Nag’s Head locations on White Lion Street in Islington.

London Host Families Ltd on The Grove features as the restaurant in the Chain Gang episode, while Grandad’s funeral was filmed at Margravine Cemetery in Hammersmith. Ravenscourt Park was also the location in which Del and Rodney’s failed attempts at catching a butterfly took place.