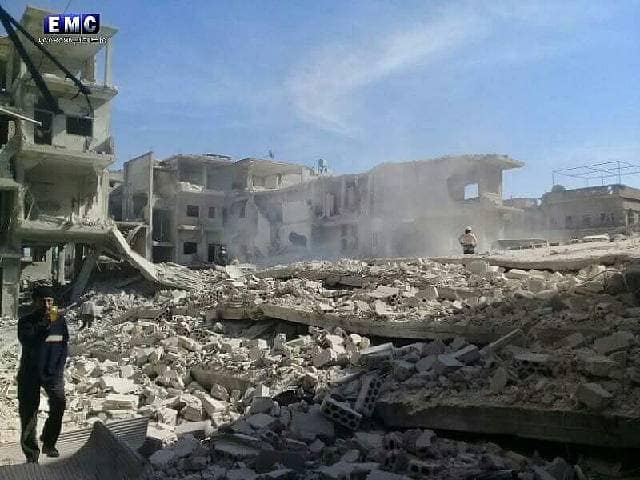 Turkey has said Thursday morning that they carried out post-mortems on the victims of an attack in northern Syria.

The post-mortem results show that chemical weapons were used in Tuesday’s attack in Idlib province that killed 70 including children.

Medecins Sans Frontieres said that it treated people with dilated pupils, muscles spasms along with involuntary defecation “consistent with exposure to neuro-toxic agents such as Sarin.”

The Assad regime has denied using chemical weapons and Russia is saying the deaths were caused by a Syrian airstrike hitting a “terrorist warehouse” containing “toxic substances.”

President Donald Trump described the attack as an “affront to humanity” and went on to say “when you kill innocent children, innocent babies, little babies… that crosses… many lines.” Trump has suggested the US could take on a more serious role in Syria but stopped short as to how exactly the US will tackle the situation.

President Bashar al Assad of Syria defiantly said Thursday to a Croation newspaper Vecernji List: “We do not have any other option except victory.

“If we do not win this war, it means that Syria will be deleted from the map.

“We have no choice in facing this war, and that’s why we are confident, we are persistent and we are determined.”