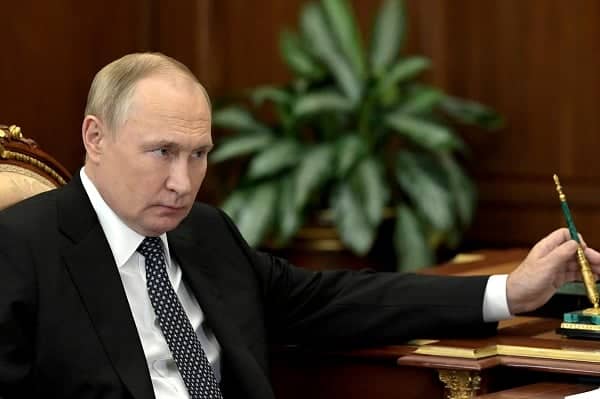 Ukrainian intelligence has said that believe that Vladimir Putin is “preparing” to announce a second “wave of mobilisation” to “bludgeon” Ukraine.

The director-general of the joint force development, Air Marshal Edward Stringer, warned on Wednesday that this would be a “very significant” escalation should Putin “mobilise the whole country of 140 million people.”

He said that Moscow could be looking to mobilise more troops, and then warned the Kremlin are still in a position to “bludgeon” Ukraine.

“And if he were to mobilise the whole country of 140 million people and re-energise that defence industrial base, and some of the factories are already working 24/7, then he could provide his bigger army with the sort of firepower we saw in the Donbas.

“He could still grind out a war of attrition against Ukraine and bludgeon it into some sort of submission while we’re still arguing about whether we’re going to send 14 tanks or not.”

The Institute for the Study of War (ISW) said that, Kremlin spokesperson Dmitry Peskov announced Putin will deliver in a speech in St Petersburg on Wednesday evening, in commemoration of the 80th anniversary of Soviet forces breaking the Nazi siege of Leningrad.

The ISW said, “Putin is fond of using symbolic dates to address the Russian people, and some Russian pro-war bloggers noted that he will seize this opportunity to either declare mobilisation or war with Ukraine.

Early today Putin declared an “inevitable” victory in Ukraine whilst meeting with workers at a military factory in St. Petersburg.

Putin said, “In terms of achieving the end result and the victory that is inevitable, there are several things … It is the unity and cohesion of the Russian and multinational Russian people, the courage and heroism of our fighters … and of course the work of the military-industrial complex and factories like yours and people like you.”